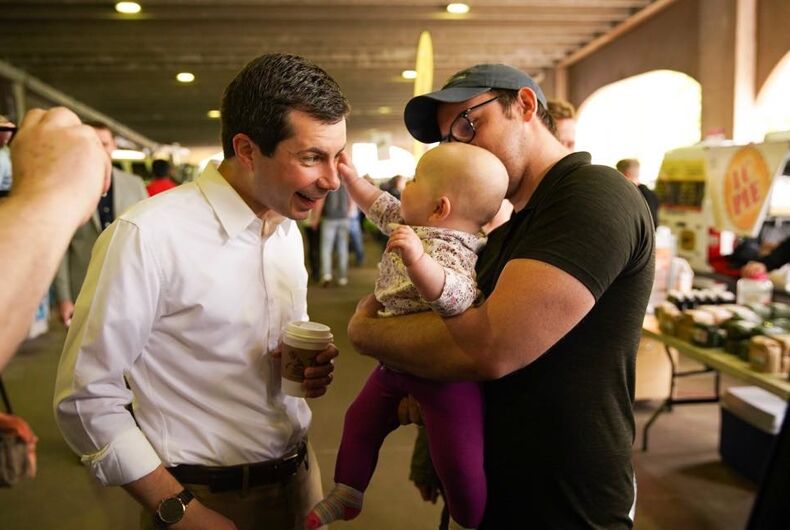 Pete Buttigieg is on a roll, at least financially. After a strong performance in the Democratic presidential debate, he announced that he had pulled in a massive $24.8 million in fundraising in the second quarter of this year. That’s more than three times his impressive haul in the first quarter and more than frontrunners Joe Biden and Bernie Sanders.

“The whole point of all that fundraising was to make sure that we have the organization we need to win,” Buttigieg told reporters during a trip to Iowa. “Obviously we got great news on that front, now we’ve got to put it to work.”

Money means a lot in political campaigns, but it’s not everything. If it were, we’d be talking about President Jeb Bush. Bush spent $130 million on his 2016 campaign, with absolutely nothing to show for it besides humiliation. Money helps ease the pathway, but as Bush proved, if you don’t have a clear path to the nomination, all the money in the world won’t help.

Buttigieg is going to be running into that same question soon. He’s distinguished himself as a credible candidate against high odds: his age, his limited political experience and, of course, his gayness. That he’s managed to overome what would traditionally be barriers is a testament to how much of a chord he strikes with potential voters (and actual donors).

To win the nomination, Buttigieg has to do a number of things right. To begin with, he needs to make a strong showing in the early voting, in Iowa and New Hampshire. Iowa has been the state where Buttigieg has invested the most money. He currently has 40 staffers in the state and is spending a lot of time traveling the state in his shirt sleeves, meeting with voters.

However, Buttigieg isn’t the only candidate with an Iowa strategy. Elizabeth Warren has been betting heavily on the state from the start. The Massachusetts Senator had 50 staffers on the ground in May and is developing close relationships with some of the state’s most important political powerhouses. No other candidate has matched her to date.

If Buttigieg performs well in the early states, he’ll gain a few advantages. For one thing, the field will undergo a great winnowing. (That’s likely to start before the voting begins in any case.)

Candidates like Beto O’Rourke and John Hickenlooper are going to have to decide whether they want to pursue a losing game or decide to run for Senate instead. After poor showings, other candidates will see their fundraising dry up and have to end their campaigns.

That would leave Buttigieg with a lot fewer competitors for the nomination. But he will still face two more hurdles: the rest of the campaign calendar and the electability quesiton.

After the early primaries, the calendar shifts to the South, where the African-American vote will count for a lot. When you hear pundits talking about the battle for the vote, you hear Joe Biden, Kamala Harris and Cory Booker mentioned a lot. What you don’t hear is Pete Buttigieg.

Buttigieg has yet to establish a strong relationship with this key voting bloc. If anything, he’s been dogged by the controversy about the police shooting of a black man in South Bend and his own inability to deal with a police force that has more than a whiff of racism about its reputation. As an introduction to black voters, this is not a recipe for success. Already, polls have Buttigieg getting zero percent of support among black Democrats.

A poor showing in the South would stall any momentum that Buttigieg would have. It will also raise questions about his electability. While polls show him beating Donald Trump in a head-to-head race, voters will be deciding who is most likely to win in November. Any sign of weakness will harm Buttigieg’s campaign.

Plus, if Buttigieg has been doing well, his opponents will start questioning his credentials. Being Mayor of South Bend isn’t exactly what most voters think of as the step before the presidency. An opponent wouldn’t have to trash Buttigieg; all it would take is suggesting that he needs more experience (in the winner’s administration).  It may not take much to convince voters that Buttigieg can wait eight years, get more experience and then try again.

So far, Buttigieg has been doing far better than anyone could have predicted. But he hasn’t proven himself to be the first choice of most voters. Despite his strong performance at the debate, polling didn’t show a big boost. In fact, it showed a little erosion.

The campaign is still in its early stages, and Buttigieg still has plenty of time to plot a path to success. But at some point, making a positive impression and having a lot of cash isn’t going to be enough. That’s when we’ll see if Buttigieg’s smarts extend to a detailed political strategy for winning.