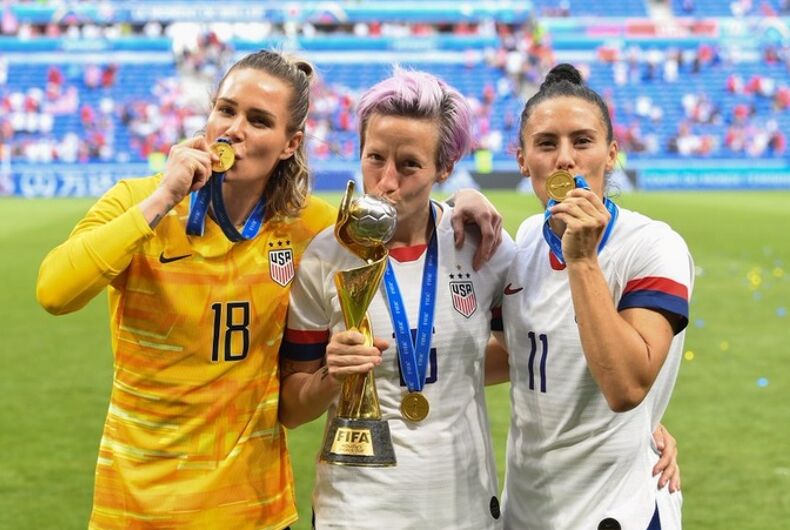 The U.S. Soccer Women’s National Team defeated the Netherlands in the final round of the Women’s World Cup yesterday, team captain Megan Rapinoe said that their victory had one key ingredient: gays.

“Go gays,” she told Yahoo! Sports. “You can’t win a championship without gays on your team. It’s never been done before. Ever. That’s science right there.”

The team’s win secured the U.S.’s fourth Women’s World Cup win since the tournament was started in 1991.

Rapinoe is gay, and the official Twitter account of the team posted a picture of her with Ashlyn Harris and Ali Krieger, who are engaged to each other, kissing their medals.

Referencing her words, the tweet simply said, “Told ya.”

Two weeks ago, Rapinoe was asked if she would be willing to visit the White House if her team won the Women’s World Cup.

“I’m not going to the fucking White House,” she responded.

She said at a press conference that she stands by her words, except for the obscenity.

“I stand by the comments that I made about not wanting to go to the White House with the exception of the expletive,” she said. “My mom will be really upset about that.”

So what exactly is Mayor Pete’s road to winning the Democratic nomination?