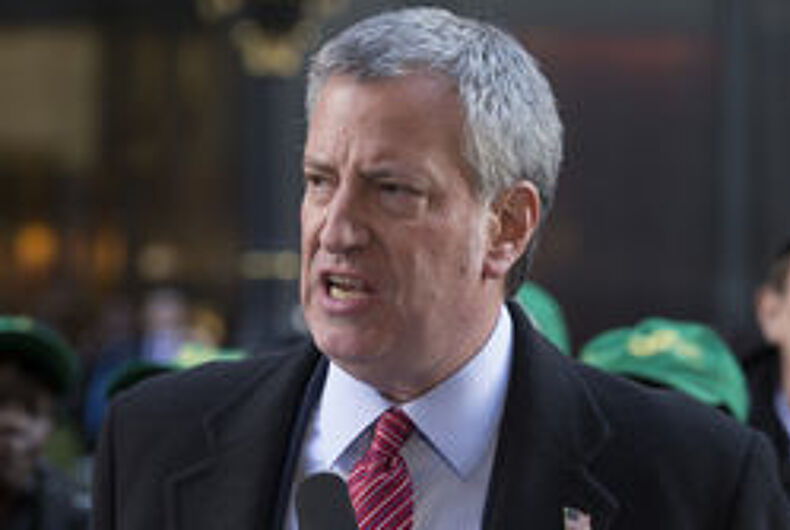 Hardly a week goes by without another Democrat declaring a run for president. This past week, there were two: Montana Gov. Steve Bullock and New York City Mayor Bill de Blasio.

Bullock is a man you’ve never heard about from a state you seldom think of, while de Blasio is a man whose own voters don’t particularly like him. Neither is deterred by the odds, otherwise known as reality, against their campaigns succeeding.

The Democratic cattle call for president has reached ridiculous proportions now. In one way it makes sense. President Trump has never even reached a 50 percent approval rating, so he is uniquely vulnerable for an incumbent presiding over a strong economy. Moreover, being the heroic Democrat that slays the dreaded Trump dragon appeals to the candidates’ egos.

All of the focus on the White House obscures a big problem that Democrats seem to be overlooking. Even if a Democrat wins the White House, she or he will accomplish very little if the Senate remains in Republican hands.

Look no further than the passage of the Equality Act on Friday for a case in point. The bill providing federal protections for LGBTQ people passed the House of Representatives on virtually a party-line vote. Eight Republicans out of 181 Republicans who voted bucked their party to support the measure.

The Equality Act is now DOA in the Senate. Senate Majority Leader Mitch McConnell is never going to bring the measure to the Senate floor for a vote. Even if he did, the Republican majority isn’t about to join forces with the Democrats to support it. The GOP’s evangelical base would never allow for such heresy, and they would show their displeasure at the ballot box.

That’s just one example. Barack Obama’s presidency is a textbook in Republican Senate obstructionism. If Supreme Court Justice Ruth Bader Ginsburg were to tell President Biden (or Harris or Warren or…) that she was retiring, Republicans may well refuse to consider a replacement nominee, a precedent they established by refusing to consider Merrick Garland.  Ostensibly, that was to preserve a conservative seat held by Antonin Scalia, but there’s no reason to believe that McConnell wouldn’t use his power to block anyone a Democrat would nominate. The same goes for Cabinet officials or other judicial nominees.

And then there would be the endless investigations. A party that gladly turns a blind eye to the almost comical levels of corruption in the Trump administration would suddenly wrap itself in the cloak of virtue and pursue every nutty conspiracy theory about the Deep State.

For all these reasons, and plenty more, recapturing the Senate is critically important to Democrats. The task won’t be an easy one. Democrats will have to win at least four seats currently held by Republicans. They would also have to hold onto their existing seats, including the one held by Alabama Sen. Doug Jones. Jones won only because the Republican nominee, Roy Moore, was revealed to be a creep who cruised local malls for underaged girls.

However, what’s making the race harder is that Democrats with the potential to win are running for president. Former Colorado Gov. John Hickenlooper would be a strong bet against Republican incumbent Sen. Cory Gardner, but Hickenlooper is looking at Pennsylvania Avenue, not Capitol Hill. Beto O’Rourke came awfully close to defeating Ted Cruz lsat year, but intead of taking on John Cornyn next year, O’Rourke is in the presidential pool. Montana’s Bullock is such a perfect candidate for the Senate that Democrats are pleading with him to end his quoxitic presidential quest.

Then there are the potential strong candidates who just aren’t running for anything. Topping that list is Georgia’s Stacey Abrams, who ran a close race for governor last year.

The list of reasons not to run for the Senate is long, starting with the fact that the Senate is a lousy place to work. But politicians should be asking themselves whether it’s better to serve your party as a Senator than to be just another also-ran presidential candidate.

It’s not too late for would-be candidates. Bullock and Hickenlooper are likely to be among the early drop outs, so they could change course easily. O’Rourke declared his candidacy with a burst of adoring media attention that backfired on him. He’s now struggling to reclaim momentum.

But if Democrats can’t find strong candidates for the Senate, winning the White House might be a hollow victory. They’ll have the top prize. They just won’t be able to do much with it.