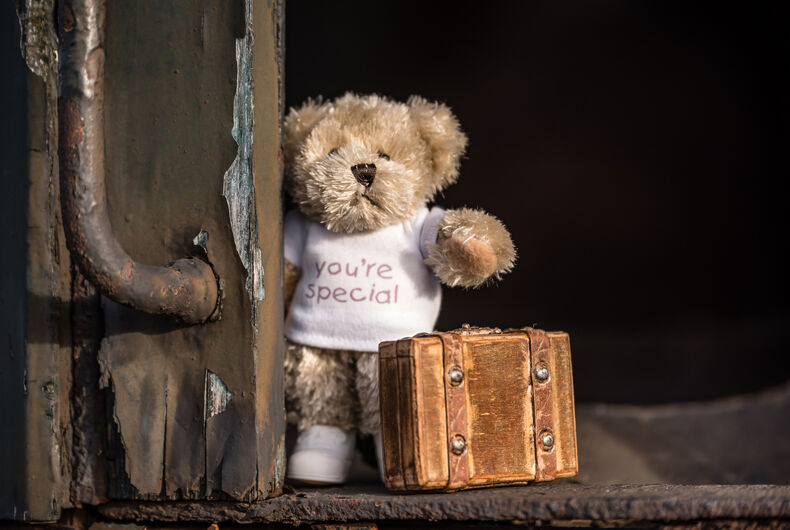 The mass exodus of Log Cabin Republicans members continues after the group’s controversial endorsement of President Donald Trump despite his nonstop attacks on the LGBT community. Not only are the rank and file hitting the exit, they’ve been joined by a former leader of the group’s DC chapter, a transgender politician, and, now, a current board member.

The gay GOP group downplayed the administration’s policies, including giving healthcare workers the right to deny treatment to LGBT people, his decision to end several promising research experiments into a cure for HIV at the request of the religious right, and their argument before the Supreme Court that LGBTQ people are not protected under civil rights laws.

Jennifer Horn, who has sat on the board of the group for years, announced yesterday that she could no longer serve a group that endorses the subjugation of her own community and other minority groups. She sent the organization a letter yesterday to inform them of her decision to quit.

“He will divide and damage and destroy this country in any manner he thinks he need to advance his own political power,” Horn told MSNBC’s Chris Hayes.

“But it’s not just the LGBTQ community this president targets,” she added. “When we look at immigrants, people — anyone that he thinks he can somehow use to anger his base— he doesn’t care if he has to divide on racial lines, on ethnic lines, on educational lines.”

Turner’s resignation was announced on social media and embraced the same themes as Horn.

“It saddens me greatly to say that today, I am ending my association with Log Cabin Republicans, an organization I’ve been heavily involved with for the last decade – including serving as president of the D.C. chapter for three years.”

“There are many great people still involved with the organization and I hope they press on, but for me, there’s no more fight left. The national board’s endorsement of Trump, and their subsequent and hollow WaPo op-ed, is a step too far. And this leaves me sad.”

“There exist many of us who wish to see acceptance take root in the Republican Party,” Evans wrote in an op-ed for The Advocate. “However, with the news of our recent endorsement of President Trump for reelection, it seems that the ‘premier Republican organization for LGBTQ+ conservatives’ couldn’t care less about which form of acceptance qualifies as passable allyship and would instead willfully embrace an administration notorious for hollow words, fairweather friends, and a seemingly endless number of cuts for us to endure.”

“This endorsement ignores the reality of what it means to be queer in our current political climate. It speaks more to a mentality of partisan tribalism than a sincere commitment to fostering inclusion within the Republican Party. With this endorsement, we turn a blind eye to the plights and fears of our colleagues in the queer movement and embrace an administration that has consistently antagonized the LGBTQ+ community through an endless array of rollbacks and rule changes.”

Log Cabin, which has become more and more radical under the Trump administration, gloated on Facebook that the op-ed was a way to troll liberals. “Think we’re getting under their skin?” the group wrote when it shared an op-ed written by a gay Republican activist in the right wing Washington Examiner.

The piece was little more than an attempt to paint liberals and the average LGBT person who was outraged by the group’s decision to endorse an anti-LGBT politician as “unhinged” and potentially violent. The author got a quote from the White House about the endorsement, but it didn’t mention LGBT people or even the name of the group making the endorsement.

Yesterday, Trump used the endorsement as a shield from his anti-LGBT agenda, telling reporters, I’ve done really well with that community.”

“Some of my biggest supporters are of that community and I think that they, and I talk to them a lot about it. Uh, I think I’ve done really very well with that community,” he continued. “As you know, Peter Thiel and so many others, they’re with me all the way and they like the job I’m doing.”