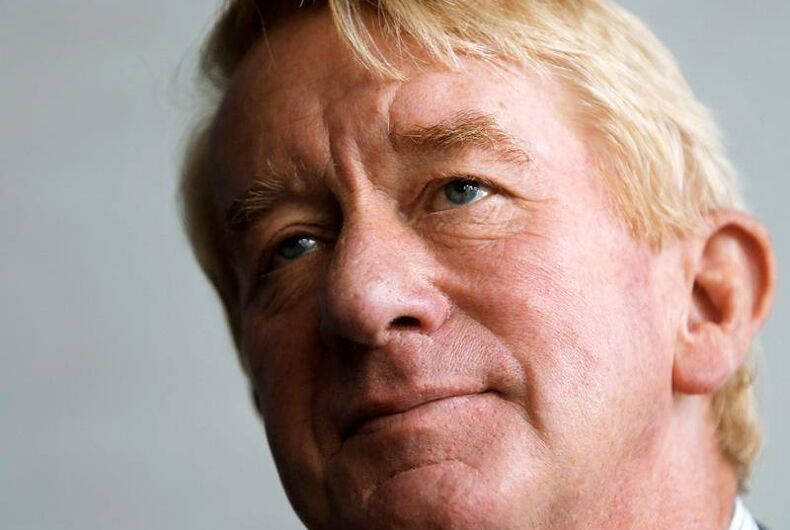 On a list of the most fruitless efforts ever, challenging Donald Trump for the Republican presidential nomination has to rank near the top.

Despite the initial hesitation of the GOP establishment, Trump has taken complete control of the party and turned it into a carnival of racial resentment and rampant corruption. Politicians who expressed any reservations about Trump, publicly or privately, have seen their careers evaporate, which is why Jeff Flake is no longer a Senator and Paul Ryan, once the party’s choice for vice president, is no longer Speaker of the House.

Still, there’s always someone willing to climb up Mount Impossible, and this year it’s William Weld, the former governor of Massachusetts.

“It is time to return to the principles of Lincoln — equality, dignity and opportunity for all,” Weld said in announcing his candidacy last week. “There is no greater cause on earth than to preserve what truly makes America great. I am ready to lead that fight.”

In the mid-1990s, Weld seemed to be pointing a way for the GOP to entire the 21st century. He held onto the party’s fiscal principles, but he also embraced the changes happening in the country, especially when it came to LGBTQ rights. Indeed, Weld was not only ahead of the rest of the party on LGBTQ issues, he was ahead of many Democrats as well.

“I was way out there by myself on gay and lesbian rights, starting my first month in office, in January 1991,” Weld has recalled. “And for 10 years, no one followed suit. I appointed the woman who wrote the decision holding equality of marriage as constitutionally compelled, which led to the Supreme Court case holding that.”

Indeed, Weld was one of the first major politicians to recognize the rights of same-sex couples. In 1992, he signed an executive order recognizing domestic partnerships. When Hawaii was considering becoming the first state to legalize marriage equality, in 1996, Weld said Massachusetts would recognize marriages performed there.

Weld resigned as governor in 1997, after Bill Clinton nominated him to be ambassador to Mexico. However, Jesse Helms, the Senate’s foremost homophobe, squelched the nomination because of Weld’s pro-LGBTQ policies. Weld had already failed in a Senate run against John Kerry, and his political career seemed pretty much over. In 2016, Weld re-emerged as the vice presidential nominee for the Libertarian Party, which now looks like a dry run for his current quixotic effort.

The Republican party has already announced that it is supporting Trump and is considering steps to prevent anyone from challenging him. Any move on their part is the equivalent of using a nuclear bomb to swat a gnat, since Weld has zero chance in today’s party.

Which is a shame. The idea of a moderate Republican from the northeast now strikes many people as a relic of the past (although GOP governors do hang on in Massachusetts). But at one point it looked like Weld could help shape the GOP into a more moderate, LGBTQ-friendly party.

Those days are long gone. The Republican party isn’t just the party of Trump any more. It’s the party of the religious right. Unfortunately, in that party, there’s no room for anyone like William Weld.

The Supreme Court is going to rule on LGBTQ job discrimination. This could end badly.