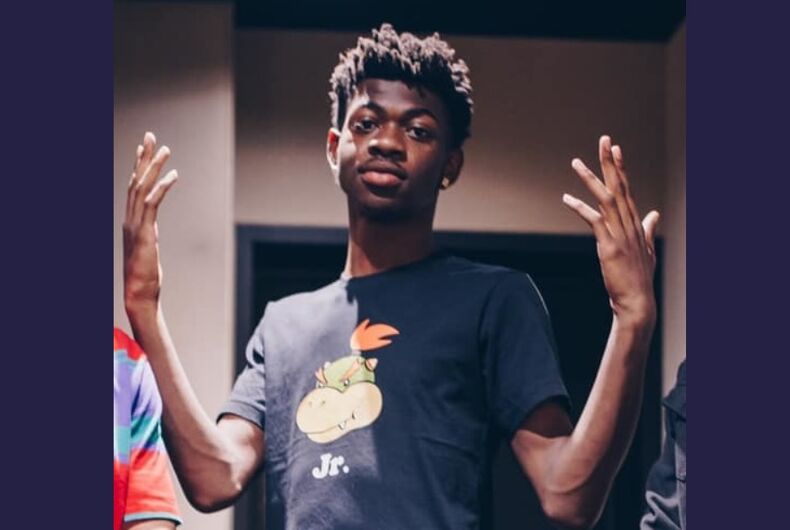 Out rapper Lil Nas X reportedly refused to collaborate with out presidential candidate Pete Buttigieg on a version of his song, despite producing remixes with just about every other human being on Earth.

The Daily Beast reports that the rapper, who came out last month while sitting at number one on the charts for weeks, rejected an idea to create a “remix” for an online variety show sponsored by Buzzfeed. The singer wasn’t dissing Buttigieg, he didn’t want to be seen as endorsing any candidates.

Buttigieg, who had been approached first and allegedly agreed to recite lyrics to the singer’s hit song “Old Town Road” on video to be somehow mashed up with a live performance by Lil Nas X.

When the hit singer came out, Buttigieg quickly welcomed him to the LGBTQ family.

“As a fan, I’m thrilled and inspired to see him standing in his truth as a member of the LGBTQ community,” Buttigieg tweeted. “Welcome to the family!”

.@LilNasX has gone from viral sensation to groundbreaking musician. As a fan, I’m thrilled and inspired to see him standing in his truth as a member of the LGBTQ community. Welcome to the family! #pride https://t.co/H81iXxCII6

She kicked off the ‘gender reveal’ party craze, but now she has one big regret