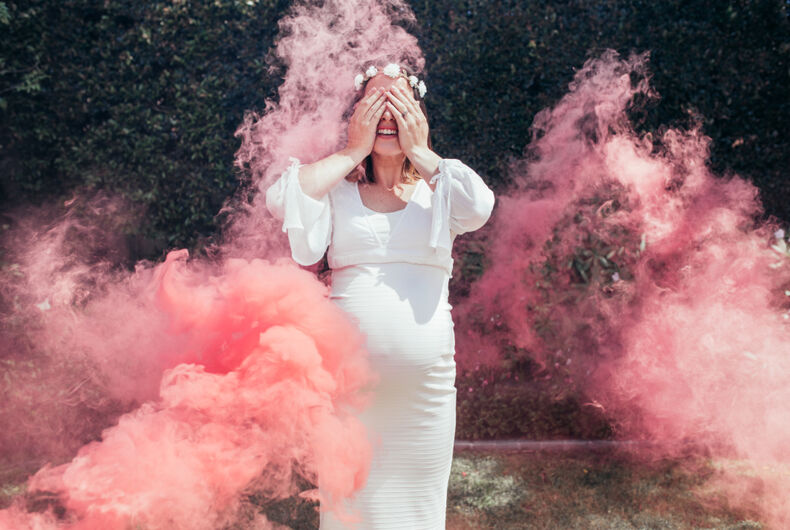 When Jenna Karvunidis threw a gender reveal party ten years ago, she had no idea it would become a national craze. But a decade later, she has some regrets and they may not be what you’re expecting.

Karvunidis isn’t wrought with guilt over the ridiculous lengths some soon-to-be parents have gone to in attempts to make their big “reveal” memorable. From devastating wildfires to numerous emergency room visits, “gender reveal gone wrong” has even developed as a whole genre on YouTube.

But Karvunidis revealed she has “mixed feelings” about kicking off the cultural phenomenon in a recent Facebook post.

I had written about my party on my blog and a parenting forum in July 2008. It was picked up & and an interview with me was published in The Bump magazine and the idea kinda spread from there,” she wrote. “It just exploded into crazy after that. Literally – guns firing, forest fires, more emphasis on gender than has ever been necessary for a baby.”

“Who cares what gender the baby is? I did at the time because we didn’t live in 2019 and didn’t know what we know now – that assigning focus on gender at birth leaves out so much of their potential and talents that have nothing to do with what’s between their legs.”

Best of all? Karvunidis has another “gender reveal” in her anniversary post. Her daughter, Bee, is gender nonconforming and particularly loves to wear suits.

A weird thing came up on Twitter, so I figured I'd share here. Someone remembered it was me who "invented" the gender…

This truck driver is nearing retirement age, but he’s started a new career… as a makeup artist