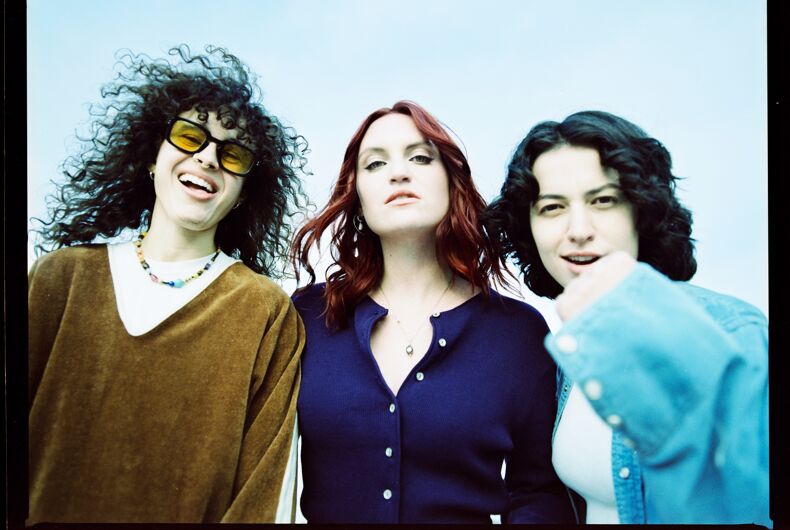 Would it be Pride without a truly fabulous playlist? While there are some great Pride anthems out there that we all know and love (“I’m Coming Out” by Diana Ross or “Born This Way” by Lady Gaga), you can never have enough queer goodness on your playlist.

One wonderful thing about Pride is it allows us the opportunity to celebrate artists from the community itself, so let’s shout about seven queer artists you need to be searching for and adding to your playlists. Because whether you want a timeless bop that will have you singing hairbrush karaoke or a power ballad that’ll get you in your feelings, they’ve got you covered.

Related: Out country star Brandi Carlile’s daughter couldn’t do project about her family in Florida

Known mononymously by her last name, Cari Elise Fletcher is an American singer-songwriter who makes bops for the girls and the gays. You might know her from her breakthrough single “Undrunk,” which was a hit in 2019.

The singer, who identifies as queer, makes no secret of her love for women, both online and in her music, previously stating that she is “attracted to strong feminine energy which just so happens to more likely than not be women.”

If you want to start off with a bop, listen to “Cherry,” a seductive pop banger in collaboration with the lesbian Jesus herself, Hayley Kiyoko.

The Aces consists of guitarist Katie Henderson, bassist McKenna Petty, and sisters Alisa Ramirez and Cristal Ramirez. Three out of four members of the alternative band are lesbians, and they make beautiful and authentic queer bops.

The band has two albums to their name: their debut When My Heart Felt Volcanic and their latest Under My Influence. However, it’s taken them a while to get to a place of releasing unapologetic women-loving anthems, after initially avoiding pronouns in their music after being told their songs “wouldn’t sell.”

Thankfully, that changed, and now we have them to thank for bangers like “Bad Love,” “Don’t Freak” (which tackles the issue of anxiety and panic attacks), “Kelly,” and more.

If you don’t know Years & Years, get to know them! Now the solo project of British singer Olly Alexander, the band originally formed in 2010. Alexander makes electropop, mixing R&B and 1990s house elements to create anthems that will have you sprinting to the dance floor.

Alexander has collaborated with gay icons like Elton John and Kylie Minogue, to name just two, and his music is a breath of fresh air for the queer community. It’s unabashedly him and what shines through is the care he has for others and the responsibility he feels to be a voice for his community. If you want to start off with a timeless bop, listen to “Starstruck” or “All For You.”

Kehlani garnered a legion of fans following the release of their debut record, SweetSexySavage, in 2017. They’ve been making open and honest music ever since, documenting the ups and downs of their life, from sexuality to pregnancy and depression, offering visibility and representation for non-binary people in the process.

After updating their pronouns on Twitter to she/they, the singer shared with Byrdie Magazine in 2021 that they prefer “they” because “something feels really affirming when people say they” and that “it feels like you really see me.”

Kehlani has become a staple in R&B music for LGBTQ people and it’s easy to understand why.

Baby Queen—real name Arabella Latham—is a South African singer whose work was taken into the hearts of millions after she wrote her hit “Colours of You” for Netflix’s coming-of-age series, Heartstopper. But she’s no one-trick pony. Baby Queen’s discography is bursting with fun, thrills, emotion, and pride. She’s got songs about unrequited love, the angst of being in your early twenties, and just stumbling through life. She even penned a track about Killing Eve star Jodie Comer (“Want Me”).

Latham has said she wants her music to be “uncomfortably honest,” and that’s certainly what it is. If you want a starting point, try “Dover Beach.”

When Muna members Katie Gavin, Josette Maskin, and Naomi McPherson first started their band in 2014, they carefully considered whether they wanted to be an “out” band or not. Fortunately for their queer fans, they chose to be loud and proud, with all members being queer and McPherson non-binary.

Muna said “gay rights” when they collaborated with Phoebe Bridgers for “Silk Chiffon,” which is basically a sweet and tender love song about how soft girls are. They also offered a safe space for their community with “I Know A Place,” which has become something of an LGBTQ anthem.

All of their songs are so carefully crafted with such heart and feeling, whether they’re singing about how the world could be ending and all you’d be thinking about is that one person (“Everything”) or tackling dark matters like sexual assault (“Loudspeaker”), listening to their tunes offers communion and catharsis.