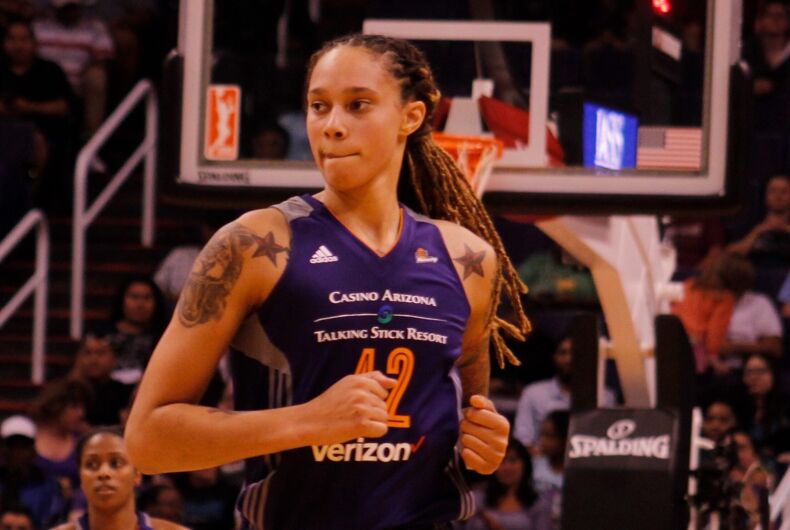 Cherelle Griner, the wife of WNBA star Brittney Griner, said that she doesn’t trust the government to secure her wife’s release from a Russian prison after U.S. officials botched the couple’s first call since Brittney Griner’s arrest on drug charges in February.

The couple coordinated a call two weeks ahead of time which was set to occur on their fourth wedding anniversary last Saturday. The U.S. Embassy in Moscow had promised to connect the call from the imprisoned spouse to Griner’s Phoenix home. But no call came.

When Brittney Griner didn’t call, her wife was devastated. Days later, her lawyer broke the news that Brittney Griner had called the embassy 11 times over several hours. The U.S. Embassy had no one staffing its phone that Saturday, leaving the two women unconnected.

“I was distraught. I was hurt. I was done, fed up,” Cherelle Griner told the Associated Press. “This was such a big moment because … this would have been the first time for me to actually just hear her in real time and to truly know if she’s okay or to know if she’s seconds away from not being in existence anymore.”

The experience left Cherelle Griner in tears. She said she’s “very p**sed” about the mistake, and feels even less hopeful about the prospect of possibly talking to President Joe Biden about her wife’s release. She still hasn’t spoken with her wife and doesn’t know how the conditions she’s facing in a prison over five thousand miles away.

The State Department said in a statement that it deeply regrets the error and remains committed to securing Brittney Griner’s release.

Russian authorities at Sheremetyevo Airport near Moscow arrested Griner on February 17, a week before Russia’s invasion of Ukraine, accusing her of “large-scale transportation of drugs.” The authorities allegedly found cannabis oil vape cartridges in her luggage. The charge carries a possible five- to 10-year prison sentence.

Griner’s detainment in Russia has been extended twice. It’s unclear when her trial is or what the U.S. would have to do to secure her release.

A petition calling for Griner’s release, started by activist Tamryn Spruill, blamed the vast inequality of pay between male and female pro-sports athletes for Griner’s presence in Russia. To make extra money, Griner and many other WNBA players compete in Russia during the league’s off-season. Griner has played for the Russian team UMMC Ekaterinburg for several years.

Observers worry that Russia may be essentially holding Brittney Griner hostage in order to use her as political leverage.  Sen. Tim Kaine (D-VA) has said that Putin intends to use Griner’s imprisonment as a “negotiating chip.”

In response to Russia’s invasion of Ukraine, the U.S. and other western allied nations have issued economic and diplomatic sanctions that have negatively impacted Russia and isolated the country from the rest of the world. Russian President Vladimir Putin has said the sanctions could be interpreted as declarations of war amid reports of Russian war crimes against Ukrainian civilians.

Secretary of State Antony Blinken has said the U.S. embassy is working on Griner’s case. Rep. Sheila Jackson Lee (D-TX) is also pushing for her release.

6 queer musicians to add to your Pride playlist immediately