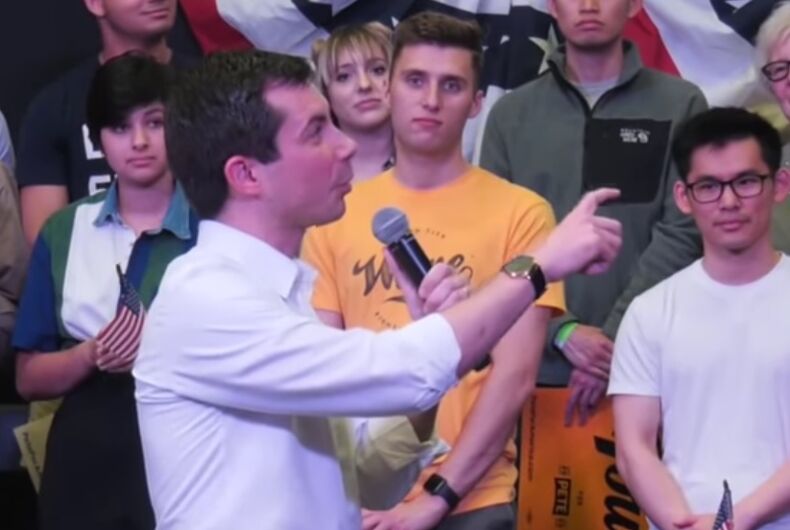 South Bend Mayor Pete Buttigieg gave an girl some advice for dealing with bullies. At a campaign stop in Iowa City, Buttigieg drew questions from a fishbowl and he pulled one from 11-year-old Rebecca Johann: “Do you have any advice about bullying?”

He started by saying that it’s important to talk about it.

“So I think you’re leading the way on that – thank you for raising the question,” he said.

He went on to talk about his experiences.

“I had experiences with bullying when I was growing up,” he said. “Everybody who’s different can be bullied. And the secret is – everybody’s different in some way.“

He then told Rebecca that she shouldn’t feel ashamed.

“The first thing you’ve got to know is you have nothing to be ashamed of,” he said.

“And the second part, this is a much harder part to remember, is that the person who is bullying you probably has something a little broken in them, and it’s part of why they’re trying to get your attention.”

“I think it really matter that we have a president that doesn’t show that type of behavior – it’s one of the reasons I’m running for president.”

Someone in the audience then shouted, and he said, “It sounds familiar, yeah.”

“I think it really matters that we have a president who doesn’t show that kind of behavior. This is one of the reasons I’m running for president.”

Buttigieg concluded by saying that Rebecca should lead others by example, by not stooping down to the level of a bully.

The White Night Riots happened 40 years ago today, but what has changed since then?