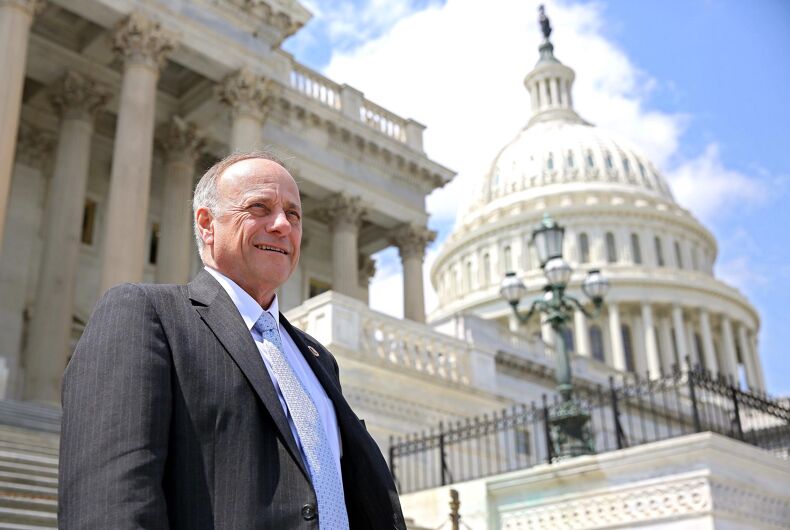 Rep. Steve King found himself in some trouble last week when corporate sponsors and even fellow Republicans began to shun him for his love of all things white supremacist. Besides the usual racist comments, King endorsed a white supremacist candidate for mayor of Toronto and spent time with a neo-Nazi tinged group in Austria. Just for kicks, the day before the election he managed to suggest that two Supreme Court justices were lesbian. (Of course, why King, who has never hidden his bigotry, didn’t get into trouble before is an open question.)

So what did Iowa voters do? Return him to Congress, of course.

King won by fewer than two percentage points in a very conservative district. Any generic conservative Republican would have walked away with the race. Instead, King was outraised two to one by Democrat J.D. Scholten and nearly snatched defeat from the jaws of victory.

Of course, coming close isn’t the same as winning, so King will be returning to Congress for his ninth term. There he will be joined by fellow anti-LGBTQ incumbents, including Rep. Louis Gohmert, Rep. Chris Smith and Rep. Vicky Hartzler.