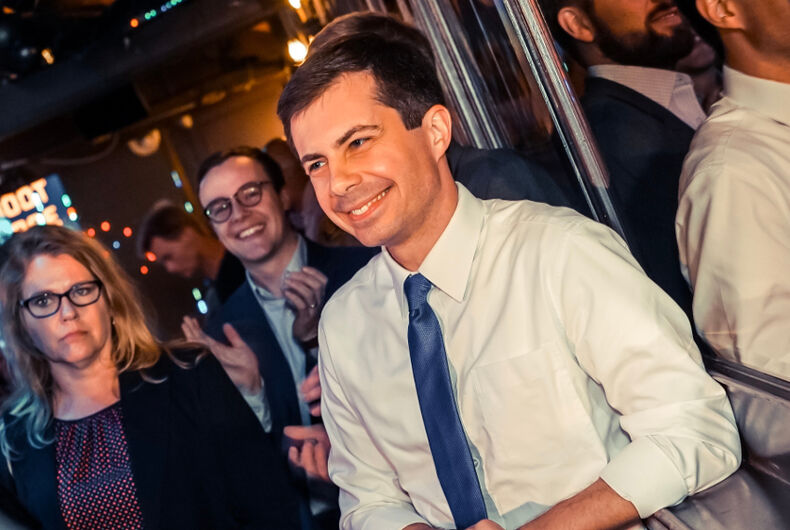 South Bend Mayor Pete Buttigieg (D) said that leaders from countries where homosexuality is illegal will just “have to get used to” the U.S. president being gay if he wins the election.

At a campaign event in Iowa, the 2020 Democratic presidential hopeful took a question from an attendee: “How do you intend to deal with international leaders from countries like Saudi Arabia and Russia, where it’s illegal to be gay?”

“So, they’re going to have to get used to it,” Buttigieg responded getting applause.

“One great thing about America is that when we’re at our best, we have challenged places around the world to acknowledge freedom, and include more people in more ways,” he said. “Whether it is by policy or just by example, America is at her best when we have done that.”

He said that it’s less important how those leaders treat him than it is how they treat their LGBTQ residents.

“The problem, of course, is how people are being treated in those countries,” he said. “And while we can’t intervene in every country and make them be good to their people, I do believe that one big step forward would be for a country like the United States to be led by somebody that people in those other countries can look to and know that they’re not alone.”

And here's the video…

Q: How do you intend to deal with countries like Saudi Arabia and Russia where it's illegal to be gay?@PeteButtigieg: "So they're gonna have to get used to it."

Another Republican wants to ban gender-affirming medical treatment for youth