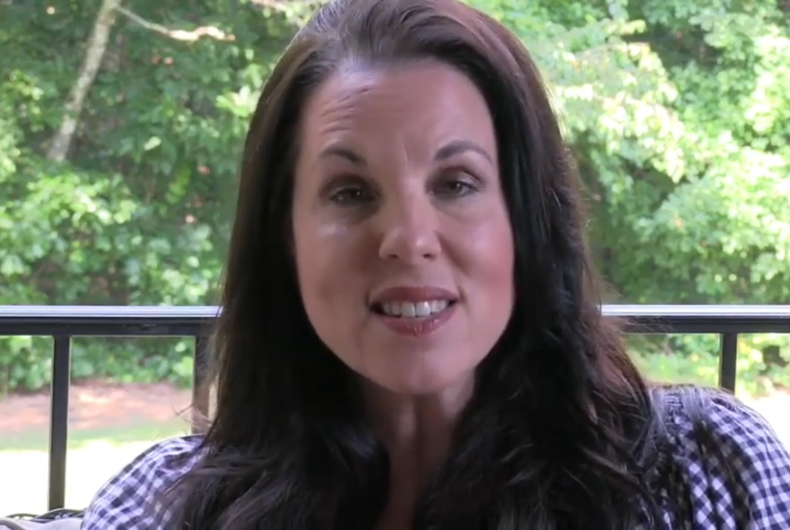 It appears that a lawmaker’s bright idea to criminalize people who care for transgender children has inspired copycats.

A Georgia state lawmaker has introduced a bill that, if passed, will in part ban hormone therapy for minors. This follows in the footsteps of Kentucky Rep. Savannah Maddox, who introduced a bill in the state legislature this week to a similar effect.

Rep. Ginny Ehrhart of Marietta proudly admits that, like Maddox, she is drawing ‘inspiration’ from the case of 7 year old Luna, a transgender girl in Texas whose father was actively trying to prevent her transitioning (even though she’s not able to begin medical treatment for gender reassignment yet). Luna’s father, James Younger, began riling up conservative politicians and social media after he began fearing he could lose custody, which he would’ve – if the judge didn’t set aside the jury’s recommendation. Now, both of Luna’s parents share decisions on medical treatment, meaning Younger has a path to prevent Luna from receiving medical treatment related to her gender in the future.

Now, coming off the uproar in that case due to the attention given to it by the likes of Sen. Ted Cruz and Texas Gov. Greg Abbott, it appears local conservatives are trying to make names for themselves by introducing transphobic laws and portraying an inaccurate representation of transgenderism.

Ehrhart’s proposed “Vulnerable Child Protection Act” would make it illegal for medical professionals to consider several forms of medical treatment for minors in any situation, such as “sterilization, mastectomy, vasectomy, castration and other forms of genital mutilation,” along with banning the prescription of “puberty-blocking drugs” and other medicine for “cross-sex hormone therapy.”

In a statement to the Atlanta Journal-Constitution, she equates this along with the fact that kids “can’t get a tattoo or smoke a cigar or a cigarette” either. While her draft has not been submitted or made publicly available yet, Ehrhart avows to make violations of this law into a felony offense and introduce it in time for the next legislative session. Ehrhart claims this would not effect legally-aged adults from seeking this treatment, but she would explore a provision that would punish the parents of transgender children that allow their gender affirmation as well.

Ehrhart’s last retweet on Twitter is of Donald Trump, Jr.’s tweet featuring a video of Luna. In Trump Jr.’s tweet, both he and conservative youth leader Charlie Kirk refer to Luna by her dead name, with Trump Jr. stating that Luna’s desire to be a girl is ‘child abuse’ and ‘bulls–t’.

In speaking to the religious right website Catholic News Agency, Ehrhart maintains that this is not just a ‘knee-jerk’ reaction, but an attempt to curb the transgender children “epidemic…really sweeping the country right now.” CNA admitted it couldn’t cite any evidence that supported any such claim of an ‘epidemic’, instead relying on a Netherlands study that proves that transgender people that begin medical treatment don’t revert back to their previous gender afterwards.

“It is also not an indictment of the LGBT community,” Ehrhart claims about the law, “it is specifically and narrowly defined. The bill is about child abuse.”

Ehrhart is no stranger to being transphobic, however. In 2018 the former chef and talk show host claimed that transgender people shouldn’t receive ‘special treatment’ with gender-neutral bathrooms or anti-discrimination laws. “Whether a person identifies as a man or a moose, he does not have the right to demand special treatment,” she told the Marietta Daily Journal at the time.

Despite backlash for the comment, Ehrhart still won the election to take the seat from her retiring husband, Earl Day Ehrhart, a well-documented homophobe himself. Now, less than a year in, Mrs. Ehrhart is already planning to follow through on her own words.

“State Rep. Ginny Ehrhart’s proposal reflects a stunning lack of knowledge, coupled with an enormous amount of prejudice,” Beth Littrell of the Southern Poverty Law Center’s Action Fund said in a statement. “Not only does it contradict the overwhelming medical consensus on treating gender dysphoria by professional medical organizations…but it also puts children at risk of irreparable harm.”

The executive director of Georgia Equality, Jeff Graham, told the AJC that Ehrhart’s bill is “without merit and is a result of the dangerous trend from the most conservative forces to demonize and strip transgender individuals of their humanity.”

“Supporting children in recognizing their gender identity is not only humane, it saves lives and strengthens families,” he stated.