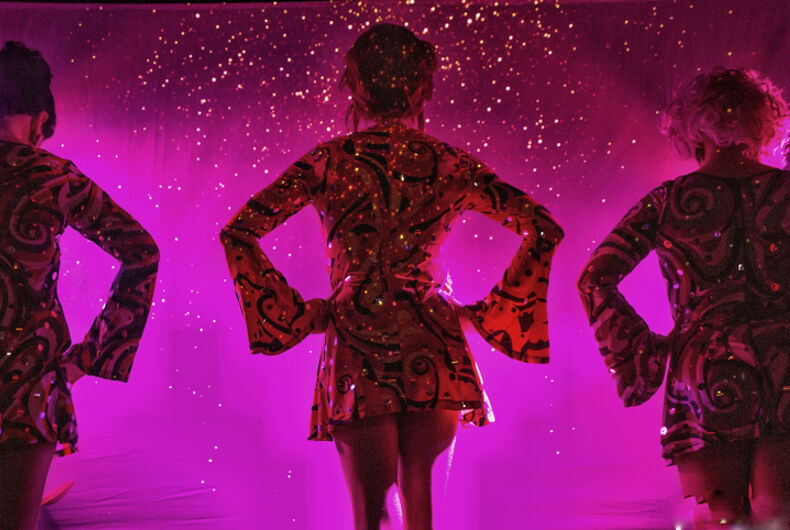 A Democrat has come under fire for attacking his gay opponent for holding a drag show fundraiser.

This past Wednesday Delaware Rep. Earl Jaques (D) blasted his primary opponent Eric Morrison, who is a drag queen with 25 years of experience. They are running for state representative from Delaware’s 27th District.

“That is so far off-base for our district, it’s unbelievable,” Jaques told The News Journal. “You wonder what the point is. You can have fundraisers, I don’t care about that. But dressing in drag? Really?”

“I’m not sure he represents the people who attend those places of religion,” said Jaques. “If he’s actually having a fundraiser in drag, I don’t think those churches would endorse that.”

“I’m just saying it’s a little different, that’s for sure.”

Jaques has a history of anti-LGBTQ actions. In 2013 he voted against marriage equality in the state, and he refused to vote on the state’s conversion therapy ban in 2017.

So perhaps when he said that he didn’t think Morrison could properly represent the district because of the drag show fundraiser, he was calling his constituents homophobic.

His comments were published Wednesday morning, and by the afternoon Jaques had apologized, saying that his words were “insensitive, hurtful, and simply wrong.”

“It is wrong to attempt to pass judgment or impose one person’s belief structure onto others,” he said in a statement. “My job as a State Representative is to represent all constituents of the 27th District, regardless of gender, race, creed, orientation or identity, period.”

Morrison said that he appreciates the apology, but it doesn’t change Jaques’s anti-gay record.

Democratic leaders in the state issued a statement distancing themselves from his comments, saying that they have “taken great pride” in how the party has worked for LGBTQ equality.

“We became aware of Rep. Jaques’ comments earlier today,” the statement said. “We have spoken with Rep. Jaques and expressed our disagreement with what he said… We appreciate that he has apologized for his comments.”

If elected in 2020, Morrison would be the first gay man in the Delaware General Assembly. Nationwide, LGBTQ people are dramatically under-represented in elected office, in part because of attitudes like Jaques’s.