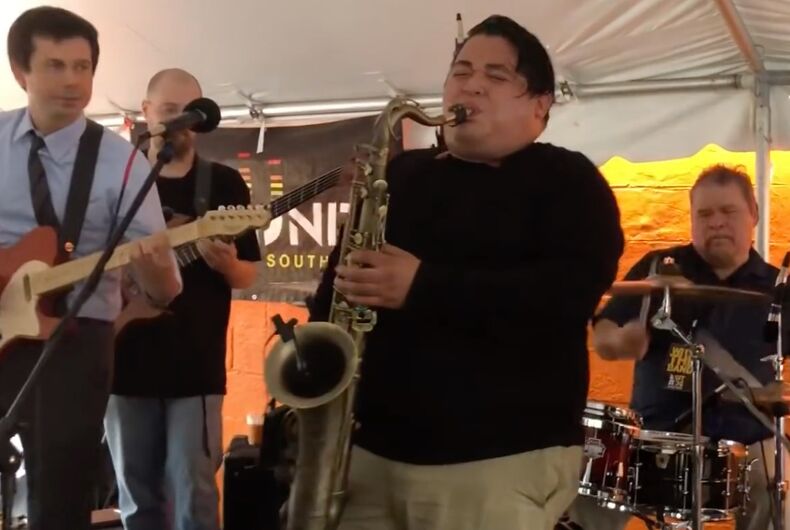 While President Clinton would gladly play the saxophone for anyone who’d listen, Buttigieg’s musical abilities have become part of his polymath mystique. According to supporters, not only does he speak 20 million different language fluently when he’s not rescuing stranded kittens from burning buildings, he can play every instrument known to humankind.

Or at least the guitar, bass, the piano, and, well, the harmonica. Because harmonicas are cool.

“Is there anything this man can’t do?” one enamored video creator asks at the end of their video.

Other than win a statewide election, obviously. The only time Buttigieg has run for office larger than mayor, he lost the election.

Still, Mayor Pete has said he’d be open to the idea of Phish playing at his inauguration. Neither Biden nor Warren have jumped on that bandwagon yet.

And while Buttigieg isn’t specifically in this one, it’s practically fan fiction for Buttigieg supporters. Because, hey, if you’re gonna win an election, you’re gonna need to knock on a few doors to bring out voters.

A Republican used an LGBTQ endorsement to attack an out candidate