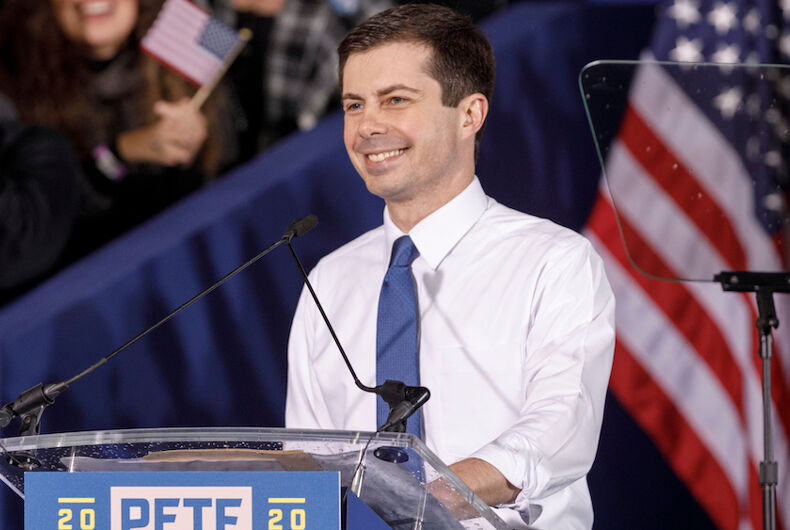 In a recent interview with Pete Buttigieg’s mom, Anne Montgomery, she talks mostly about his schooling, his coming out to her at age 33 and the fan- and hate-mail she has received while helping his campaign.

Described as a “74-year-old retired Notre Dame linguistics professor, with bouncing white curls and a devilish grin,” Montgomery says she has been touched by hundreds emails of people who have come out (or their parents) who say they’ve been inspired by her son’s historic campaign, but also shocked by the “cruelty” and “ignorance” against gay people.

But she also gets “ugly mail” that makes her worry for her son’s safety.

She said, “I kind of look around, and especially in this political climate. Let’s be honest, you have to worry about public safety. I am aware of opposition. So, it’s become a part of life really. I want to be reminded of it. I don’t want to be where I get careless. It’s a presence. Unfortunately, it’s a presence.”

She says her son showed intelligence early on — spelling words with magnetic letters on the fridge at age three, mastering three sonatina movements on the piano in middle school, becoming senior class president and eventually working with Harvard University’s Institute of Politics and becoming a Rhodes scholar.

She was surprised by his 2011 announcement that he planned to run for mayor of South Bend, Indiana and his 2014 enlisting in the military to serve in Afghanistan. So when he finally came out to her at age 33 in 2015, she and his father (who died of cancer just last year) were accepting.

“I wonder if I was blind,” she said of his coming out. “Because he’s always a very private person. From elementary school on, he was a private person about personal matters. So I did not inquire or ask.”

She’s happy that her son has found his husband, Chasten Buttigieg, to spend his life with.