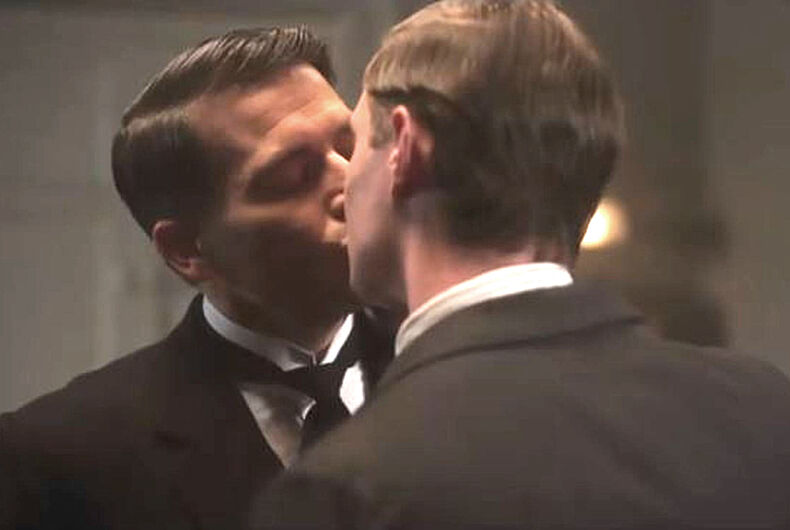 "O child of Uranus . . . Thy form in glory clad shall reappear."Photo: Screenshot

The producers of Downton Abbey, the film, had to work to get its rating lowered so that all audiences could view it. It turns out that a ratings board was worried about homophobic language in the movie.

The Irish Film Classification Office (IFCO) wanted to rate the film 12A. That rating means that only people over the age of 12 can get in to see the movie unless they’re accompanied by an adult.

According to the director of IFCO, Ger Connolly, the issue was a subplot involving gay butler Thomas Barrow who visits a gay club in York. The club gets raided by police who use slurs like “pervert” and “queer.”

“My decision came down to the use of words like ‘pervert’ in the context of a character’s sexuality,” Connolly told The Time.

Connolly said that it was a “margin call,” since the film is otherwise free from content that would raise the age rating.

It came down to the homophobic language. “For me, that moved it into a 12A rating.”

The producers of Downton Abbey appealed the decision and got the rating lowered to PG: the film is considered suitable for children ages eight and over, although parents are advised to accompany children.

“The appeals board felt an audience familiar with its characters would have been aware of the storyline about a gay character, so they changed the rating to a PG,” said Connolly.

Filmmakers reportedly worked with a historical adviser about gay life in 1920’s Britain, where the movie takes place.

IFCO’s rating raises the question about whether parents should be advised about hatred portrayed in movies, not just obscene language, sex, and violence.

Downton Abbey received a PG rating in the US.

An actress who made anti-gay comments lost a role. Now she’s suing for ‘religious discrimination.’