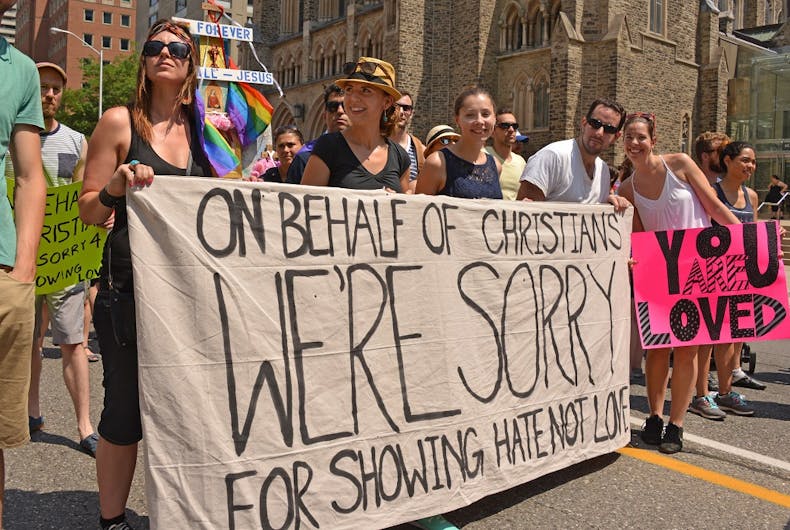 An actress who lost a role after she was caught making anti-gay comments plans to sue for religious discrimination.

This past March, someone found a Facebook post from 2014 where the actress Seyi Omooba wrote that homosexuality goes against “the word of God.”

“I do not believe you can be born gay, and I do not believe homosexuality is right, though the law of this land has made it legal doesn’t mean it’s right,” she wrote in the post.

“I do believe that everyone sins and falls into temptation but it’s by the asking of forgiveness, repentance and the grace of God that we overcome and live how God ordained us to, which is that a man should leave his father and mother and be joined to his wife and they shall become one flesh.”

She was preparing for the role of Celie in the musical The Color Purple at the Curve Theatre in Leicester, UK. The character Celie has a relationship with another woman.

Now she says that she’s planning to sue for religious discrimination because she hasn’t gotten any auditions since her Facebook post got attention.

“I’m heartbroken,” she told the conservative British tabloid The Daily Mail. “If I’m unable to get back to the stage, then I feel there is no point. It’s the only thing I have ever wanted since I was a young girl.”

She said that she “was urged by the theater and my agency to not only retract my post but apologize for what it said.”

But she refused. “I did not want to lie just to keep a job.”

She said that she’s not homophobic and that she even has gay friends.

“I have support from actors that I’ve worked with, including those in same-sex relationships, who say that even though they don’t agree with my views, they know that I’m not hateful or malicious.”

“I want to make sure no other Christian has to go through something like this,” she said about her plans for suing.