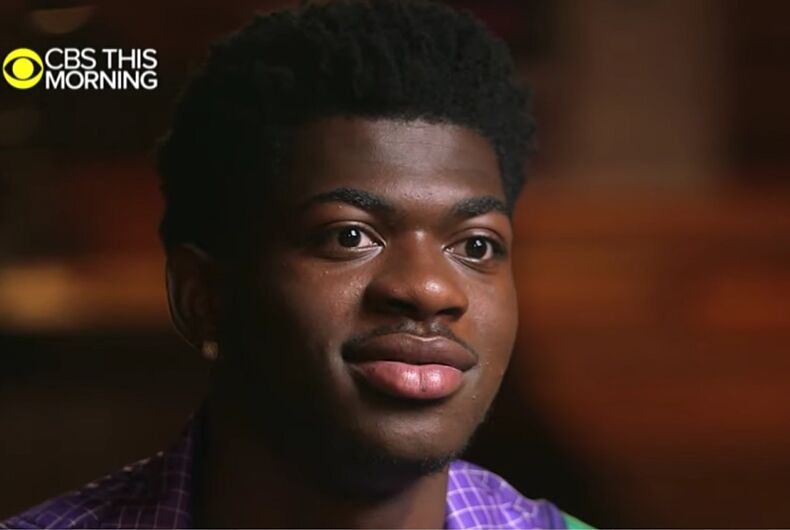 Lil Nas X talked more in depth about his struggle in the closet and how he would pray that he was just going through a phase and that he would turn out to be straight.

Nas talked to Gayle King in an interview that will air tomorrow morning on CBS This Morning. Part of the interview has been released already.

The rap superstar came out this past July in a tweet.

“Did you know as a little boy that you were gay? Did you think that as a youngster while people were telling you it’s not a good thing, were you thinking, ‘Yeah, but I think I am?’” asked King.

Nas has previously said that his independence was key to coming out. He told Billboard last week, “It’s something I never probably would have did if I was still living with my parents.”

“We still have a long way to go, because it’s not like everybody is messing with me now,” he told King.

“Because someone who’s listening to me in school right now, it’s like, ‘You’re gay because you’re listening to him.'”

He said that he thinks things will slowly get better for gay youth, but there is still a ways to go.