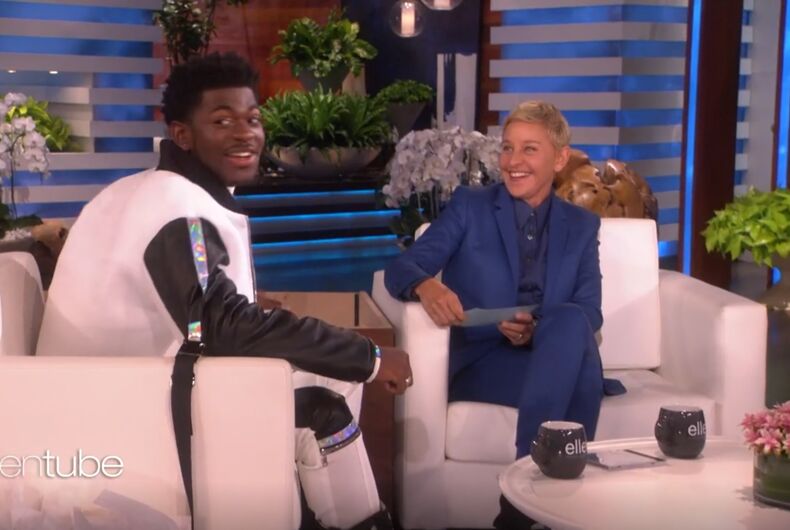 Out rapper Lil Nas X was on Ellen’s show today and the two queer icons got to talking about coming out and relationships.

Before he got on stage, though, Ellen showed a clip of the video to Nas’s mega-hit “Old Town Road”… the version she “appears” in.

Talking to Nas, Ellen said she “can’t tell you how much I admire you” because he came out just at the start of his career. He came out as his first hit, “Old Town Road,” was topping the charts.

“And here you are that the height of like your brand new career – brand new – and you decide to come out.”

She asked if he came out to his family before coming out on Twitter to his fans, and he said he gave his sister and father “a heads up” just before he publicly came out.

Ellen asked why he came out at the moment he did.

“Just knowing it was something that I should have… been done, but I was in a position where I had to worry about family and friends and how they would react, I guess,” he responded.

“In the past year, I’m in a new level, so it doesn’t really matter, I guess. And also, how it would be good for the young’uns who are listening to me right now, who won’t have to go through stuff like this in the future.”

She asked if he is dating anyone, and he gave her a cryptic “somewhat.”