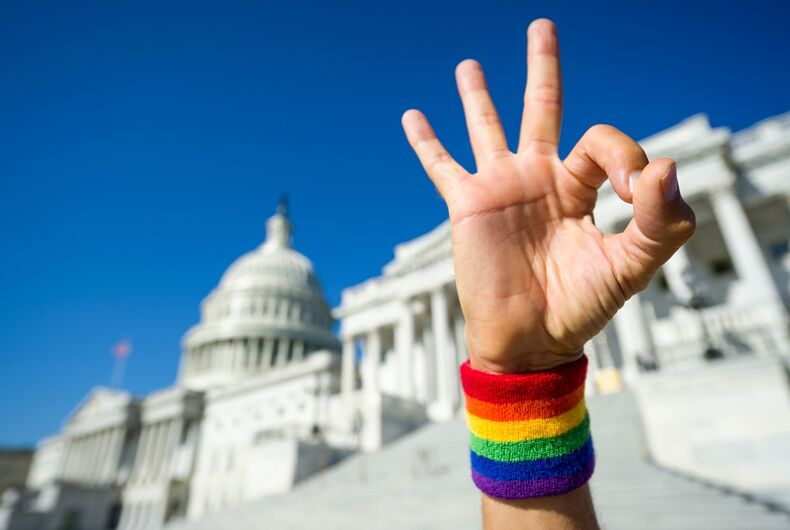 A Williams Institute and Reuters/Ipsos poll conducted earlier this year asked registered voters if they are more or less likely to support candidates who are black, Latino/a, or LGBTQ. Then they separated LGBTQ voters’ responses.

Related: LGBTQ people are more sensitive to bias against other minorities

Around 35% of straight, cis people said that they would be less likely to vote for a gay or lesbian candidate, while 6% to 11% of LGBTQ people said the same. 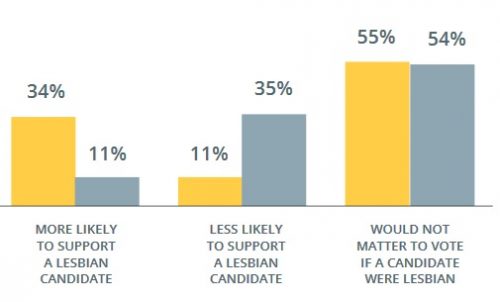 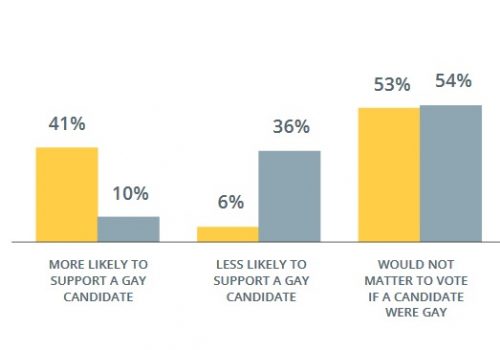 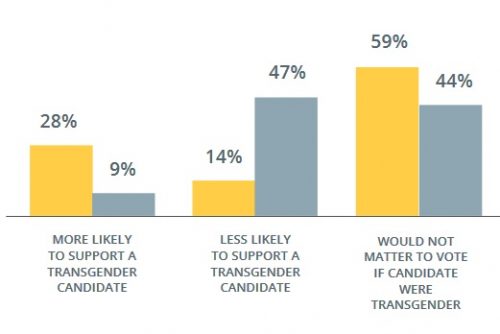 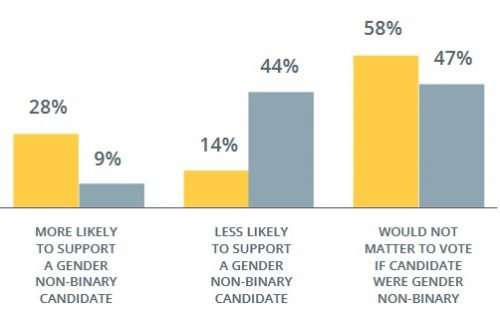 Straight people’s reticence to vote for LGBTQ candidates explains why only 0.1% of elected officials in the U.S. are LGBTQ, according to a 2018 Victory Fund report.

The issue isn’t just representation; LGBTQ voters were more likely to say that they would vote for racial minority candidates.

Non-LGBTQ voters were more likely to say that would be less likely to vote for a black or Latino/a candidate. 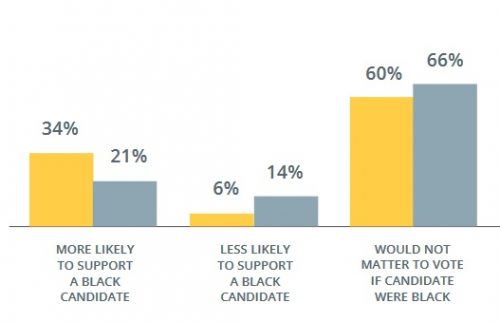 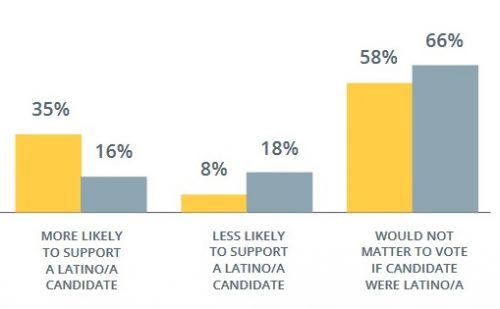 A larger poll would be needed to show if LGBTQ people are more or less likely to vote, and if this difference can be accounted for by the age difference between LGBTQ people and cisgender, heterosexual people. While LGBTQ people might have a harder time voting because of limited access to necessary documents, homelessness, and unemployment, they might also be more motivated to get to the polls because their rights are on the line in every election.