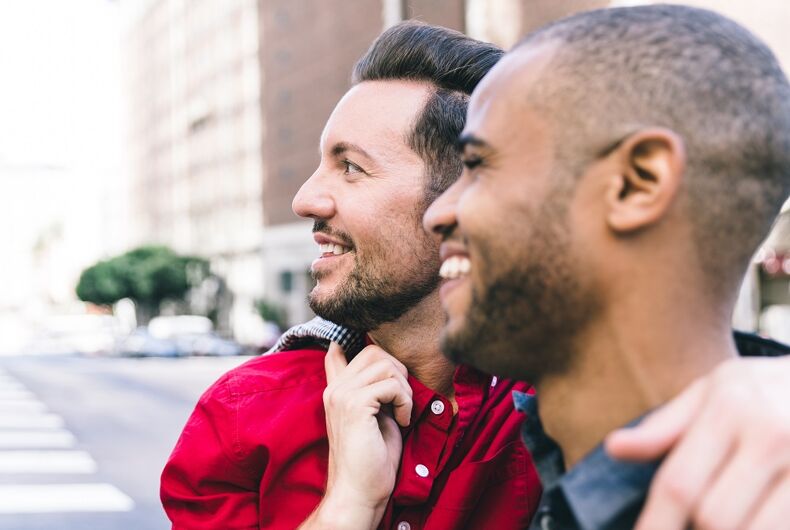 Results from a recent, large poll by the Public Religious Research Institute (PRRI) show that being a part of a minority group can make someone more sensitive to discrimination against other minority groups.

The PRRI conducted telephone interviews with 40,509 over the latter half of 2016 and asked several questions about whether four minorities – immigrants, African Americans, gay and lesbian people, and transgender people – face “a lot of discrimination.”

A majority of Americans agree that these group face discrimination. 63% agree that immigrants face a lot of discrimination, 57% for African Americans, 58% for gay and lesbian people, and 62% for transgender people.

The size of this poll, though, allows for perceptions of each group regarding the other groups to be examined. And the results indicate that being a part of a minority usually makes people more sensitive to discrimination in general.

The same thing happens when the results are broken out along the lines of race and ethnicity.

African Americans and Hispanics are more likely than white people to say that LGBT people face a lot of discrimination.

Asian/Pacific Islander people were not, so this effect doesn’t apply across the board. I don’t know enough about how this group gets defined in surveys, though, so I don’t have much to add here.

We can find the answer by looking at how many groups each individual agreed faced discrimination. 57% of Americans said that gays face a lot of discrimination, 58% said the same about African Americans, and 63% about immigrants. If each of these groups is randomly distributed in the population – that is, there is no correlation – then we would expect 21% of people to say that all three groups face discrimination (0.57 * 0.58 * 0.63 = 0.21).

But PRRI found that 42% of people said all three groups face discrimination. That’s twice as many as we would expect from a random distribution, which means that people who see that gays are discriminated against are more likely to say the same thing about immigrants and African Americans.

Doing the same sort of math as above, the first chart shows how many people we would expect to say that none, one, two, or three of the groups (African Americans, gay people, and immigrants) are discriminated against if there is no correlation between their answers. The second chart shows PRRI’s actual results.

My guess is that some people believe that the world is fundamentally fair. These people are unable to see discrimination and either pretend like bad things aren’t more likely to happen to minorities or find reasons to justify them (just look at the comments section on a newspaper story about a black person getting shot by the police to see this rationalization process in action).

The rest of us, though, don’t have this fantasy keeping us from looking at the facts. We see that some people just don’t get the same chances that other people do. We see that bad things are more likely to happen to certain groups of people and see this as evidence of systemic discrimination.

And if a person faces discrimination, then they’re less likely to think that the world is fair.