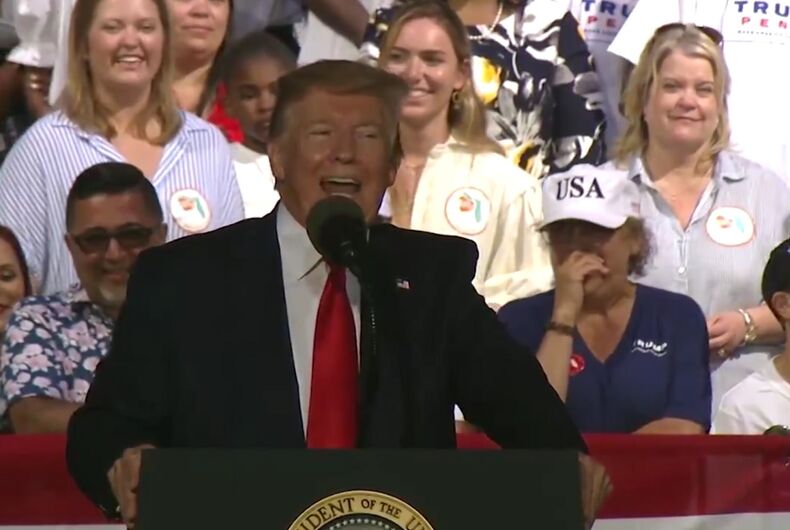 Donald Trump made what appeared to be an attack on South Bend Mayor Pete Buttigieg’s ability to stand up to foreign leaders at a campaign rally.

Trump was speaking in front of a crowd of supporters in Panama City, Florida, when he started talking about the 2020 Democratic presidential primary contenders.

“We have a young man, butt-uj-uj, boot-edge-edge, they say edge–edge,” Trump said.

“I want to be in that room, I want to watch that one,” he said, as the audience laughed.

President Donald Trump goes after Pete Buttigieg for the first time. "He's got a great chance, representing us against President Xi of China. That'll be great. I wanna be in that room. I wanna watch that one." pic.twitter.com/EcH3wwemRv

Trump didn’t explicitly say what it was about Buttigieg that would make America look weak in front of other countries (or China specifically).

The 2020 Democratic presidential primary field is big, and Buttigieg is the only gay man among them. And Trump himself has shown himself to be obsessed with masculinity.

But maybe it was a joke about how Buttigieg loves Phish.

Chick-fil-A is the #3 fast-food chain in America. Has homophobia paid off?