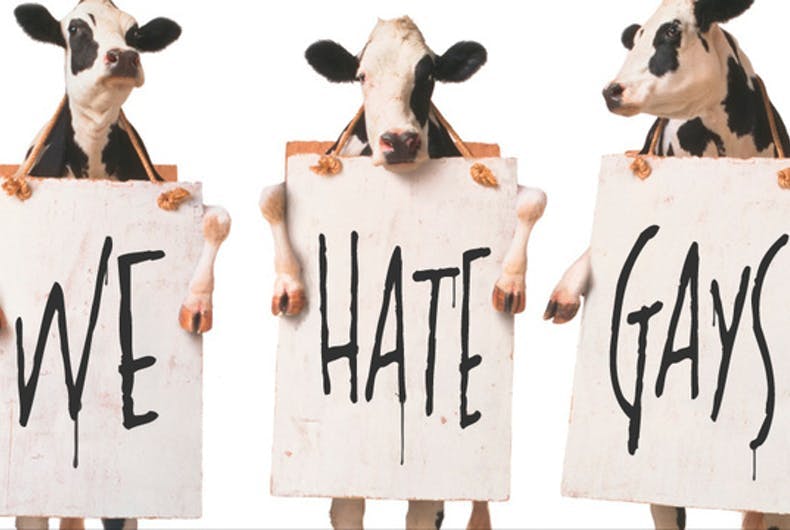 Chick-fil-A is America’s third biggest fast food chain after having tripled its sales in the last decade.

According to a report in the Wall Street Journal, a private consulting firm found that only McDonald’s and Starbucks are bigger than Chick-fil-A.

The timing of Chick-fil-A’s explosion, though, suggests another reason: homophobes really like to eat chicken sandwiches to show off their politics.

The first Chick-fil-A opened in 1967, and the media first reported on Chick-fil-A’s anti-LGBTQ donations in January 2011, when several large donations to anti-LGBTQ organizations like Family Research Council and the conversion therapy group Exodus International were uncovered.

The company’s CEO, Dan Cathy, said that they were “guilty as charged” when it came to homophobia.

Despite some attempts to clean up their image, Chick-fil-A has continued to donate to organizations that discriminate LGBTQ people and that have official anti-LGBTQ policies, until as recently as 2017.

When the company is questioned about it, they usually give a vague statement about how they “embrace all people,” regardless of “sexual orientation or gender identity.” This sort of rhetoric, combined with their donations, helps paint them as the victims of radical leftist LGBTQ activists, trying to be fair to everyone while staying true to their Christian values.

It’s the kind of wink and nudge that appeals to people who don’t like LGBTQ people but want to be seen as respectable, which may be why people who hate LGBTQ people often vocally support Chick-fil-A.

So perhaps Chick-fil-A has made a good business decision to keep donating to anti-LGBTQ causes.