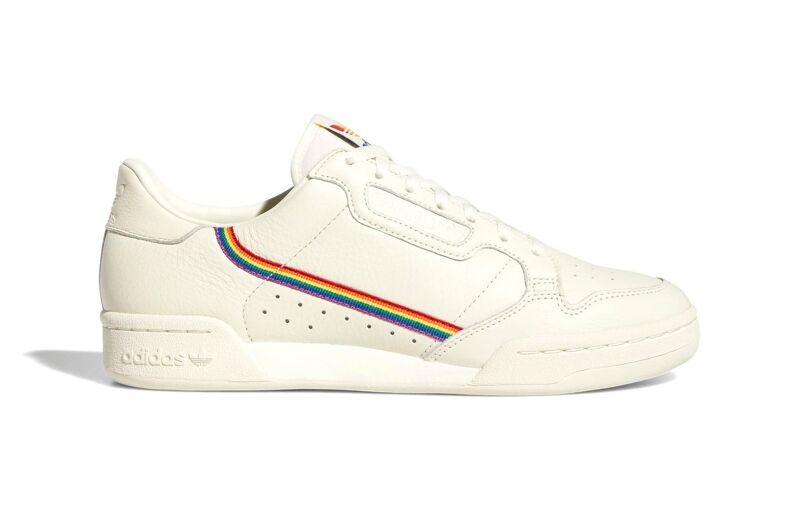 Converse isn’t the only company unveiling a Pride sneaker line for 2019.

Adidas just offered a sneak peek at their Adidas 2019 Pride Pack featuring rainbow-colored variations of their most popular styles. They’re so stylish that you’ll probably want a pair of each.

Continental 80: The off-white retro model sees… rainbow… stripes running across the side panels, the Trefoil logo on the tongue tags, and… the insole branding.

Here’s an image of the Continental 80: 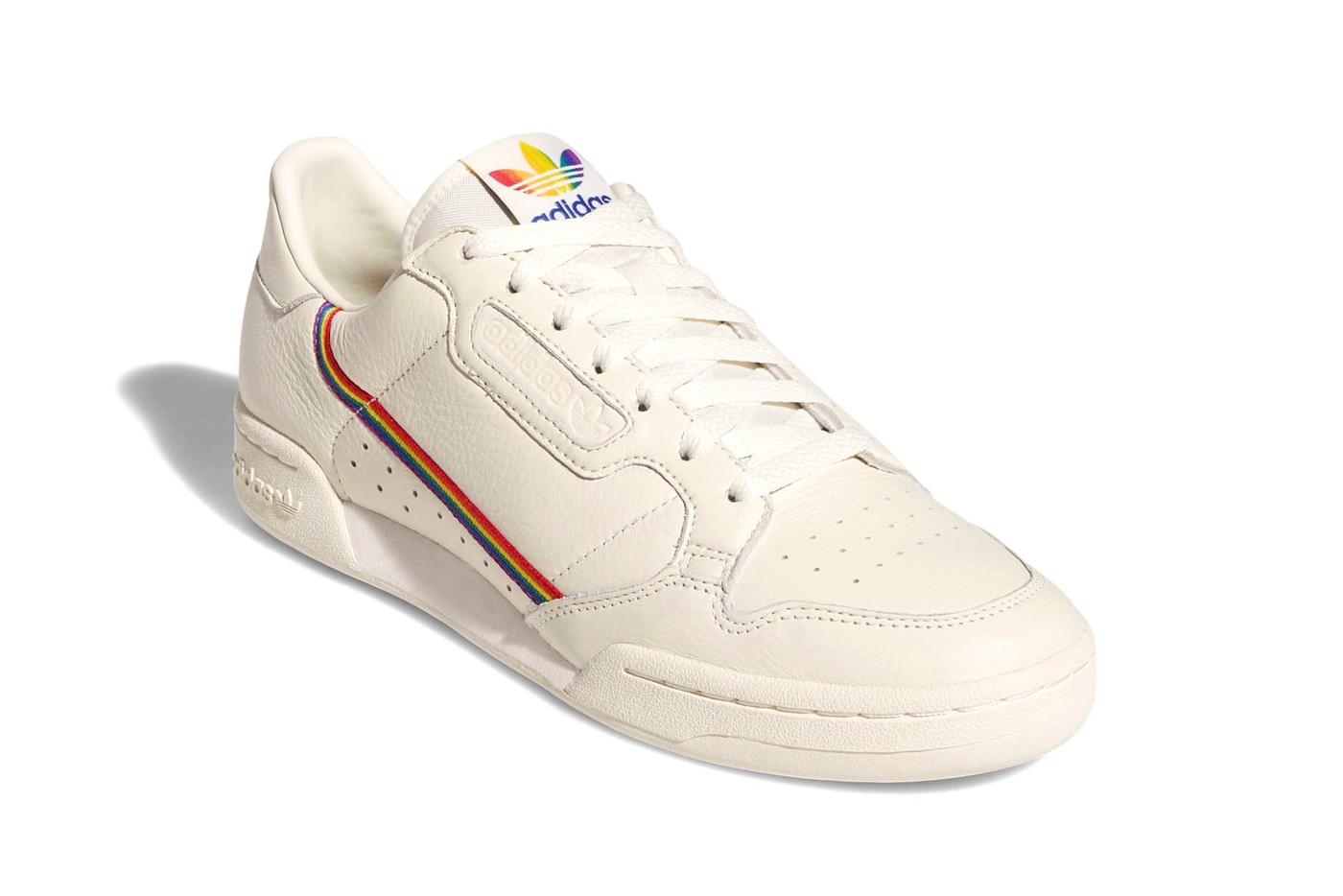 UltraBOOST 19: The model incorporates a rainbow knit pattern circling the shoe’s base, heels and tongue tab, while two orange stripes run across the vamp. A translucent Three Stripes cage with yellow embellishments finishes off the overall look.

Here’s an image of the UltraBOOST 19: 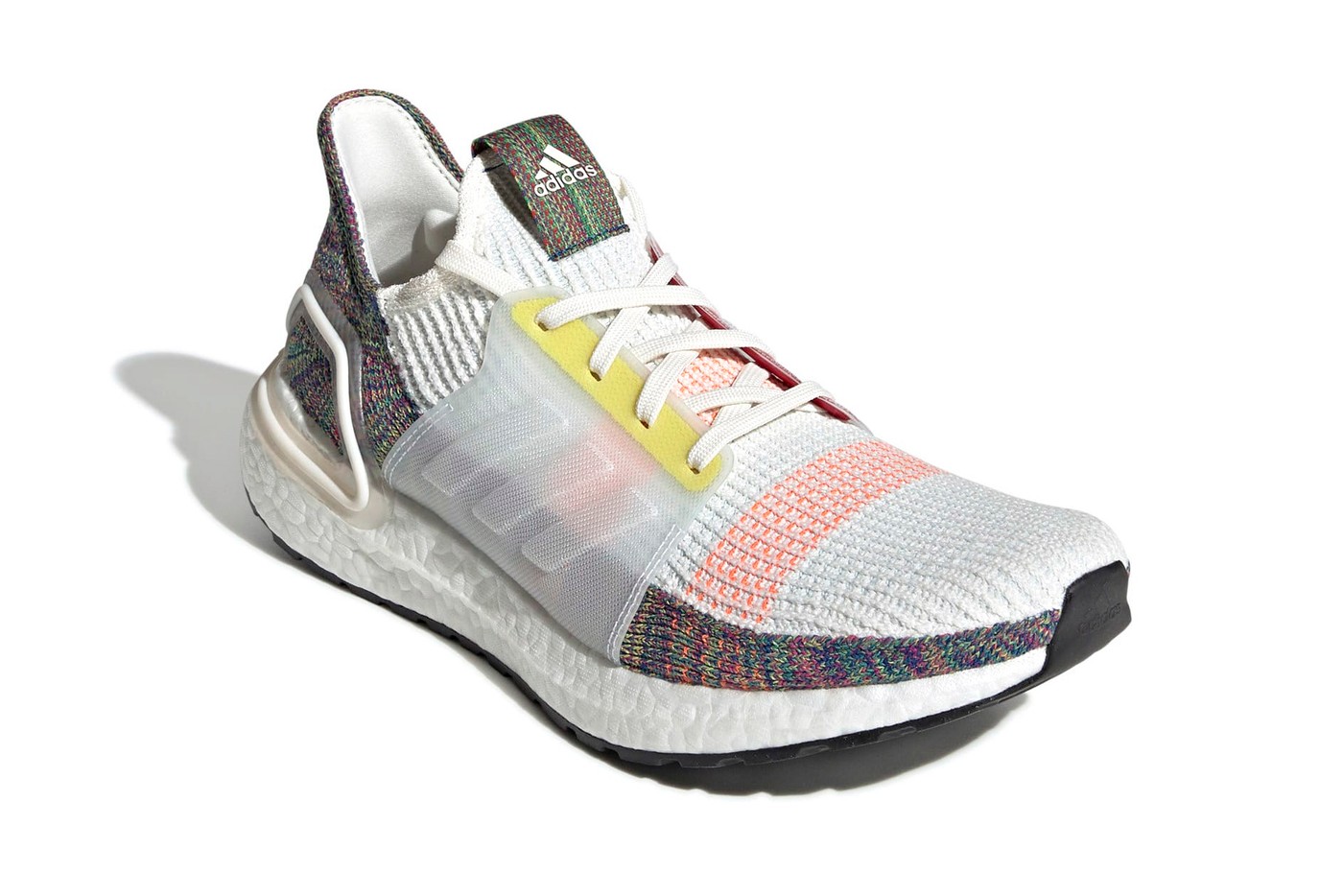 The Adilette: [Its] strap is dressed in a trifecta of green, blue and purple with a white Trefoil logo embroidered into the center.

Here’s an image of the Adilette: 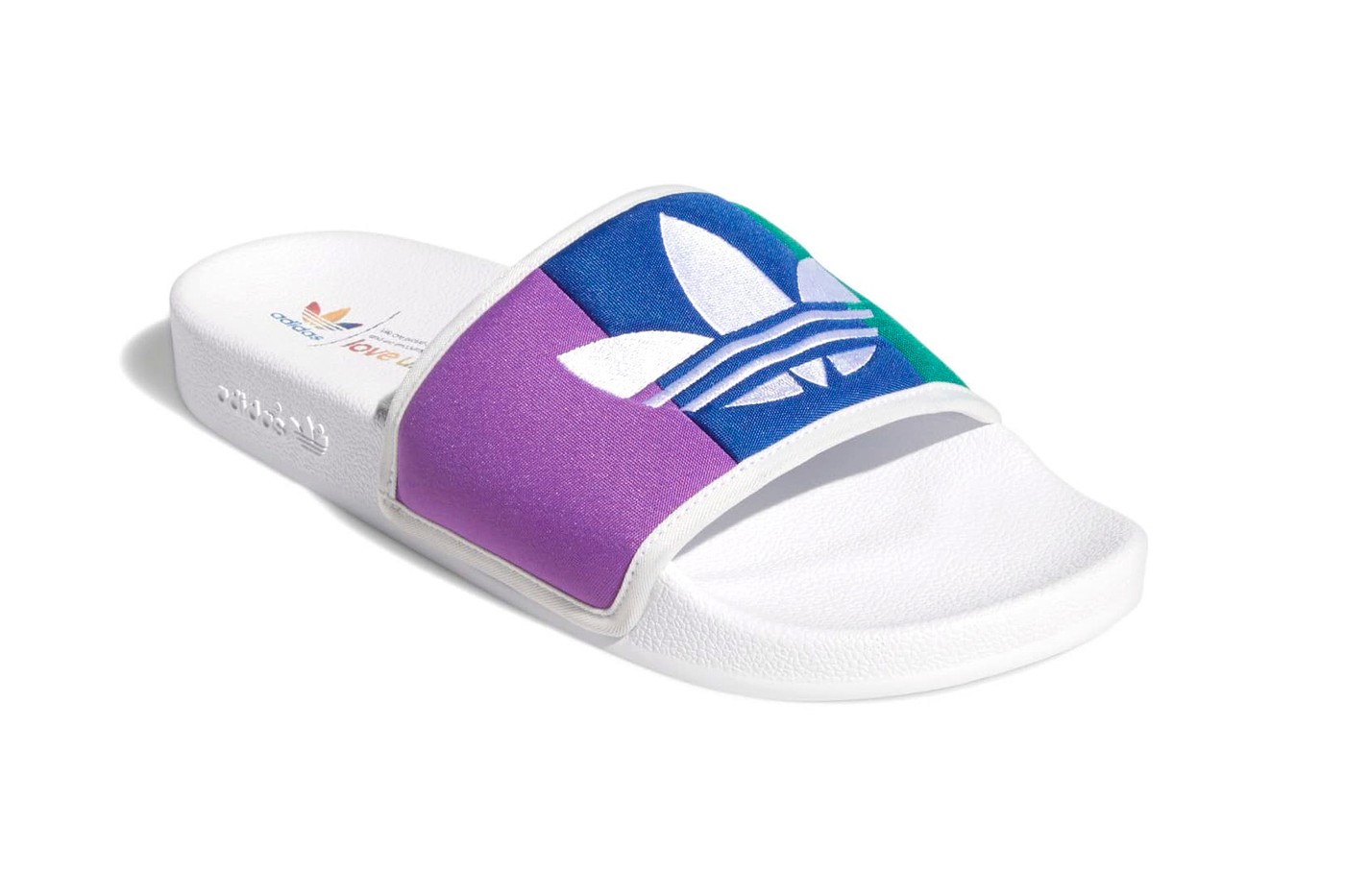 Hypebeast also says that we can expect a Pride pair of Nizzas, their low-rise ’70s-inspired basketball sneakers, but the company hasn’t released an image of them just yet.

Each shoe will also feature the slogan “Love Unites” inside of it. Adidas will unveil their official 2019 Pride Pack collection on June 1, and the shoes are expected to range from $90 to $150.

It’s unclear whether any profits will benefit LGBTQ people. In 2015, Adidas donated a portion of their Pride shoe sales to Portland’s New Avenues for Youth, a group teaching life and job skills to homeless LGBTQ youth.

In 2016, Adidas announced that it wouldn’t pull sponsorship endorsements from any LGBTQ athletes who come out. While that might seem like a no-brainer, it still represented an important declaration in the very queerphobic world of pro-sports.

Chick-fil-A is the #3 fast-food chain in America. Has homophobia paid off?