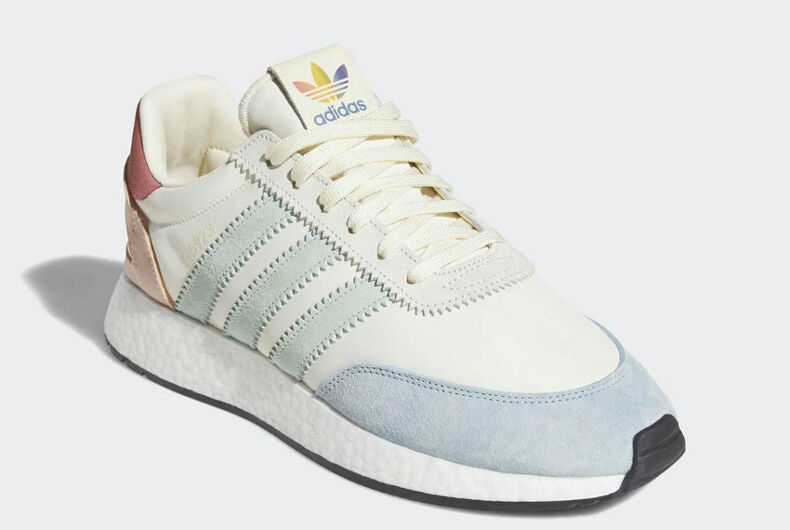 Longtime readers will know shoes specifically designed for marching in Pride have been released by several companies: Nike, Converse, Gucci, and even a Spanish company called Pride Shoes.

And Adidas just released its 2018 Pride designs. The athletic gear company is selling four limited edition rainbow designs for Pride Month, which are rainbow takes on some of the shoes they already sell.

The colors are… subtle. One has an intricate pattern covered by netting, another has a rainbow that’s just three shades of orange, one design is a deconstructed pastel rainbow, and there is a shoe with tiny rainbows only shown on the back.