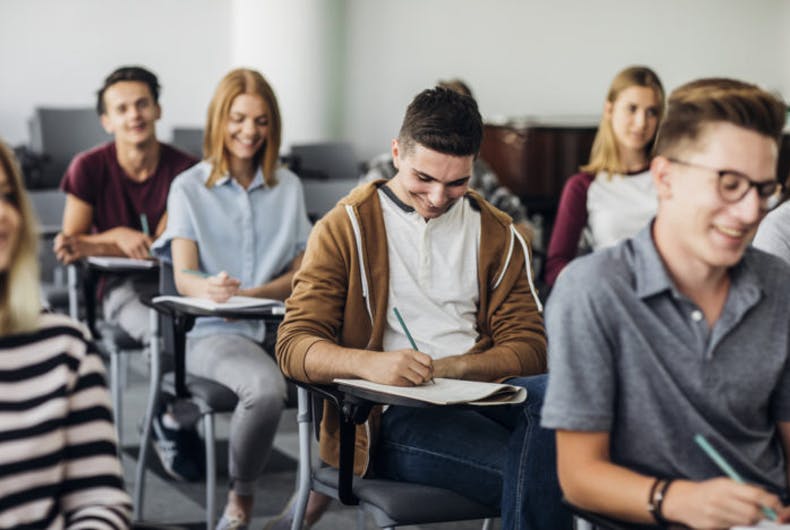 Parents in the Rocklin School District in California kept 700 students from going to school last Friday to protest a school board decision about LGBTQ curricula.

Last week, the school board voted in favor of an elementary school curriculum to comply with California’s FAIR Education Act, which requires schools to teach about historical figures who were LGBTQ, disabled, and members of racial minorities.

The curriculum, called “Studies Weekly,” discusses historical figures and mentions their sexual orientation or their advocacy of LGBTQ rights.

For example, a paragraph about astronaut Sally Ride says that she “joined NASA and became the first female and first lesbian American astronaut.”

Related: Parents at a California school were outraged when trans books were read

“The concept of sexual orientation is far too complex of a topic for elementary-aged children to be introduced to at school,” said resident Rachel Crutchfield, who runs the group Informed Parents of Rocklin.

“Children in second grade simply do not have the tools to comprehend sexuality, nor do we want them to. Let’s let kids be kids.”

Others noted that many kids already know that they’re LGBTQ and that it’s not a foreign concept to them, so that’s when inclusiveness should be taught.

“Many students enter middle school already knowing they’re different, which is why it’s so important for this curriculum to be adopted at the elementary level,” said math teacher Amy Bentley.

The curriculum was approved on a 3-2 vote, and this past Friday parents protested with a “sit-out” by keeping their kids at home.

An estimated 700 students in a district with 12,000 students were kept home that day. District officials told Fox 40 that they expect to lose some state funding over the lack of attendance.

Some parents are even considering pulling their kids out of school and homeschooling them.

The curriculum law has been under attack by the California Family Council, which says that it will “confuse” children to learn that LGBTQ people exist.

Last year, the California Family Council pointed to this page in a first-grade textbook as an example of inappropriate content for children. The page discusses Governor Gavin Newsom, who, as mayor of San Francisco, recognized same-sex marriages.

Greg Burt, a spokesperson for the California Family Council, said that it was shocking to see Newsom’s name “along with Abraham Lincoln and Benjamin Franklin and Martin Luther King,” who he said were “universally recognized American figures… [and] not particularly controversial.”

Two of the three people Burt provided as examples of “not particularly controversial” figures were assassinated.

“Some people want it to be thought of as normal, and you have another group of folks who believe sex should be limited between a man and woman in marriage,” Burt said. “The textbooks completely disregard the religious and conservative world view, and it isn’t taught objectively.”

One student who attended last week’s board meeting noted that the school is already teaching about heterosexuality.