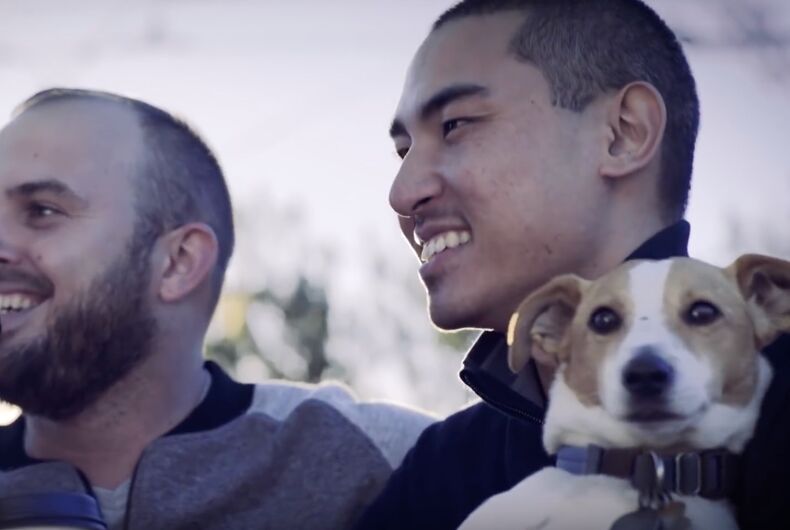 Former Vice President Joe Biden has released his first campaign spot for his presidential campaign and touts his support for marriage equality among his accomplishments.

Using a voiceover from former President Barack Obama during a Presidential Medal of Freedom ceremony, the ad features Obama listing off Biden’s support for equality in multiple ways.

One of the items Obama lists as one of Biden’s winning moments as second-in-command was his support for marriage equality. Biden notoriously “got out front” of Obama in announcing his support for the right of gays and lesbians to marry.

Related: Is Joe Biden the best choice for LGBTQ Democrats?

“Joe’s candid counsel has made me a better President,” Obama says while the ad shows the White House lit up in rainbow colors after the US Supreme Court ruled in favor of marriage equality.

Later in the spot, two gay men are shown together as a rainbow flag waves in the background.

Obama has said he will not make any endorsements during the primary.