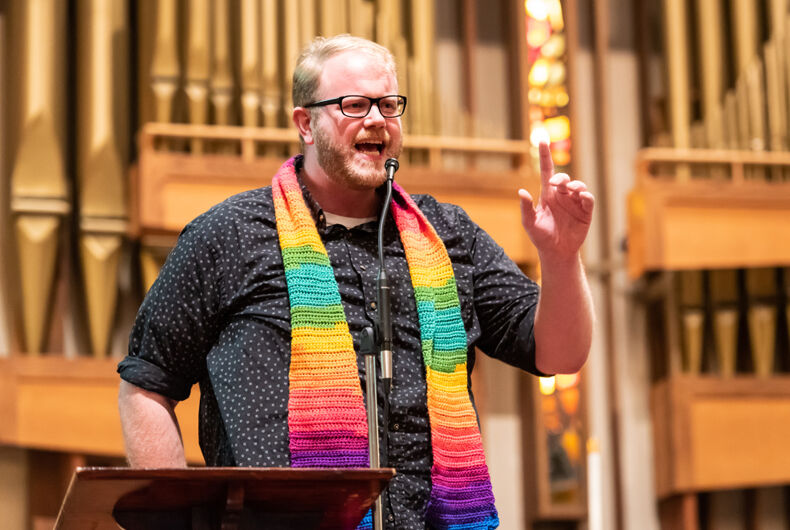 An entire confirmation class at First United Methodist Church in Omaha, Nebraska announced to their congregation that they have decided not to become members due to the church’s stance on LGBTQ issues.

The teenaged would-be members read an open letter in front of the congregation to explain why they couldn’t support discrimination despite the church’s recent controversial decision to crackdown on LGBTQ clergy and marriage equality.

“We have spent the year learning about our faith and clarifying our beliefs. Most of us started the confirmation year assuming that we would join the church at the end, but with the action of the general conference in February, we are disappointed about the direction the United Methodist denomination is heading,” they wrote.

“We are concerned that if we join at this time, we will be sending a message that we approve of this decision.”

“We want to be clear that, while we love our congregation, we believe that the United Methodist policies on LGBTQ+ clergy and same-sex marriage are immoral,” they continued. “Depending on how this church responds to the general conference action, we will decide at a later time whether or not to become officially confirmed. But until then, we will continue to stand up against the unjust actions that the denomination is taking.”

“We are not standing just for ourselves, we are standing for every single member of the LGBTQ+ community who is hurting right now, Because we were raised in this church, we believe that if we all stand together as a whole, we can make a difference.”

Churches around the nation protested the anti-LGBTQ stance after the General Conference of the United Methodist Church voted to reaffirm their teaching that homosexuality is “incompatible” with Christianity and to punish individual churches that perform marriages for same-sex couples and allow LGBT clergy.

The eight teenagers received a standing ovation from the congregation for their decision to stand up for Christian values in the face of systemic discrimination.

In case you needed a reason to believe that this generation will save us all, here it is. The entire confirmation class at First United Methodist Omaha decided not to join at this time in protest of the UMC’s anti lgbtq+ policies. 🌈❤️ pic.twitter.com/mDjwMTu9ZJ