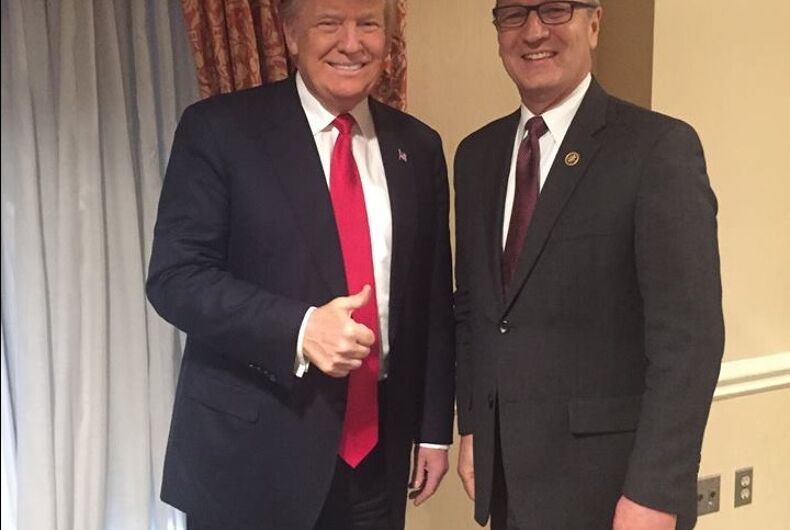 Public Advocate of the United States is an anti-LGBTQ fringe group by any standard. Yet somehow the next U.S. Senator from North Dakota took the time to seek the group’s endorsement.

In a race the results of which were widely expected, Kevin Cramer defeated incumbent Democrat Heidi Heitkamp by a wide margin. Heitkamp probably sealed her doom by taking the brave by electorally suicidal stand of opposing Supreme Court nominee Brett Kavanaugh.

During the campaign, Cramer, the state’s sole representatie, showed just how anti-LGBTQ his tenure in the Senate is going to be by courting the support of Public Advocate. Cramer and Virginia Senate candidate Corey Stewart filled out a survey of eight questions with a vehmently anti-LGBTQ slant. (Cramer lost to incumbent Sen. Tim Kaine.)

For example, does the candidate “oppose all efforts to make public restrooms and changing-rooms unsafe through so-called ‘Transgender Bathrooms’ legislation and regulations – which have the effect of encouraging and protecting pedophiles.”

The survey also asks if the candidate agrees that public schools should be “prevented from brainwashing elementary school children with the Homosexual Agenda – such as California’s current policy speculating widely about the sexual activity of past presidents and figures?”

Public Advocate is the pet project of Eugene Delgaudio, who has a decades-long history of attacking LGBTQ rights in the most offensive terms possible, regularly equating homosexuality with pedophilia.

He has said that gay rights will make it legal “to rape and murder young boys.”  He said that marriage equality will lead to “men hand-in-hand skipping down to adoption centers to ‘pick out’ a little boy for themselves.”

Cramer didn’t apologize for thinking Public Advocate was a group to be embraced, not shunned. Now he’s the next Senator from North Dakota, where he can happily work to fulfill Public Advocate’s agenda.