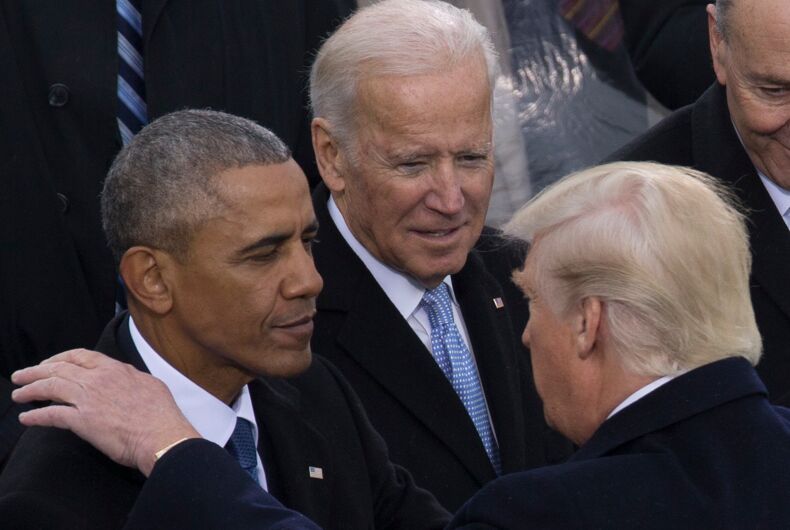 Sanders was the last major candidate in the Democratic presidential primary race until he dropped out last week, clearing the way for Biden to win the nomination and effectively allowing the party to focus on the general election, where Biden will face Donald Trump.

Obama opened his endorsement video with a message of hope about the coronavirus pandemic, thanking medical professionals for their “incredible bravery” for “putting their lives on the line to save others,” as well as public health officials and workers.

He said that the pandemic highlighted the need for leadership “guided by knowledge and experience” in the federal government.

“That’s why I’m so proud to endorse Joe Biden as President of the United States,” he said.

Both politicians appeared in the stream, which Biden opened by thanking the workers who are “putting their own lives in danger for the rest of us.” He pointed out that over 20,000 Americans have died from the disease and that African Americans and Latinos have “born so much of the brunt of this epidemic.”

Then Sanders joined him in the stream.

“Today, I am asking all Americans, I’m asking every Democrat, I’m asking every Independent, I’m asking a lot of Republicans, to come together in this campaign to support your candidacy, which I endorse,” Sanders said, “to make certain that we defeat somebody who I believe – and I’m speaking just for myself now – is the most dangerous president in the modern history of this country.”

Sanders and Biden talked about how they are going to form six task forces on various issues to advise Biden on progressive policy.

“It’s no great secret out there, Joe, that you and I have our differences,” Sanders said in the stream. “But I hope that these task forces will come together, utilizing the best minds and people in your campaign and in my campaign to work out real solutions to these very, very important problems.”

While some very vocal supporters of other Democratic candidates are saying on social media not to vote for Biden, Democrats are for the most part coming together to present a united front earlier than they have in previous election cycles.

A religious leader blamed coronavirus on the gays. Now an LGBTQ org is suing him.

After her gay friend died of cancer, Kesha started a sweet online tribute