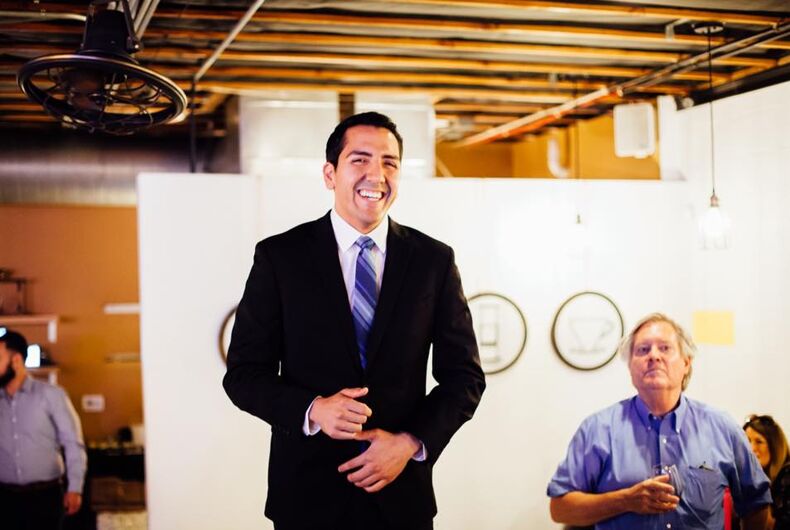 The 2018 midterms could turn out to be a historic election for LGBTQ candidates. There are more LGBTQ candidates on the ballot this year than ever before, and some several who could make history with an election night victory.

If you’re watching the returns on election night, here are the top LGBTQ candidates to look out for.

Born to immigrant parents who migrated to the US from El Salvador, Araujo was elected to the Nevada Assembly in 2014, where he was instrumental in defeating a discriminatory anti-transgender bathroom bill and was appointed Assistant Majority Leader.

Araujo is challenging Republican incumbent Barbara Cegavske for Nevada Secretary of State and could be bolstered by a “blue wave” on election day.

Baldwin made history in 2012 when she became the first woman elected to represent Wisconsin in the US Senate, and the first out lesbian elected to the Senate. Recent polls show Baldwin holds a double-digit lead over her Republican opponent, State Rep. Leah Vukmir.

In 2016 Davids participated in the White House Fellowship Program during the Obama-Trump transition. The experience led her to get more involved in politics.

The race is one of several battleground races that could shift control of the House from Republicans to Democrats. Recent polls show Davids leading Yoder by 9 to 12 percentage points.

Davids would be the first out lesbian Congressperson from Kansas and the first female Native American in Congress.

Now, she hopes to make history once more on election day by becoming the first transgender candidate elected statewide in Vermont, and the first trans governor in the United States.

Elected to represent Colorado’s second congressional district in 2008, Polis has served five terms in the House and is a member of several important congressional committees.

Now he’s running to become the governor of Colorado. Recent polls show Polis running 12 points ahead of his Republican opponent.

Polis stands to become the first out gay governor of Colorado, and the second out governor in the country.

Sinema made history this year when she became the first out bisexual candidate to win a major party nomination to run for the Senate. Now, she’s in a tight race for with Republican Martha McSally to represent Arizona.

Under attack for her anti-war protests and past comments about Arizona, Sinema’s lead has narrowed in recent weeks. If she wins, Sinema will be first out bisexual member of the US Senate, the second LGBTQ member of the Senate, and the first female senator from Arizona.

Republicans are finally shunning Steve King, but what about all the other bigots?