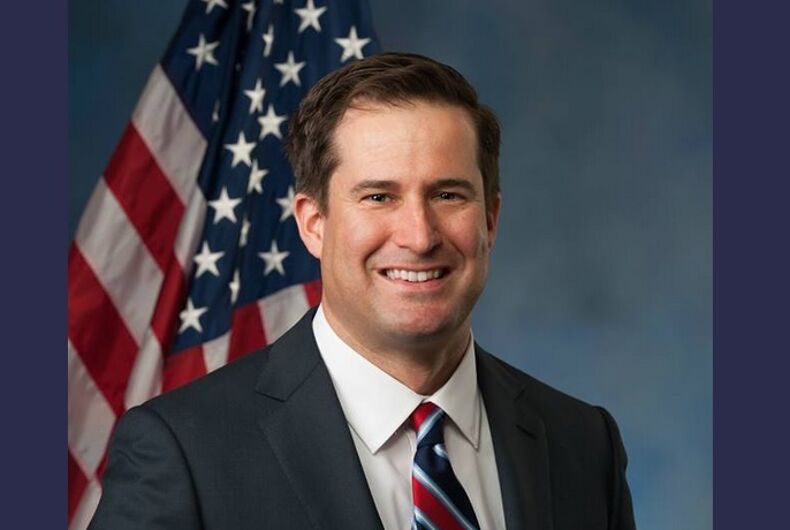 Representative and Democratic presidential candidate Seth Moulton (D-MA) said that he would have the Pentagon review the dishonorable discharges LGB servicemembers received prior to being allowed to serve openly and possibly change them to honorable discharges.

According to Moulton’s campaign website, “more than 100,000 gay servicemembers” received less-than-honorable discharges since World War II. He said that they aren’t receiving the benefits they should be receiving and may have a hard time getting a job with a dishonorable discharge on their record.

Speaking on CNN, Moulton said he would “right that wrong.”

Veterans who were discharged under DADT or the military’s prior ban on LGB people can appeal their discharge status. But Moulton said that the “burden of initiating that review rests with the veteran,” and that’s not fair.

Moulton has been outspoken about LGBTQ people in the military in the past. In 2017, he called Donald Trump’s transgender military ban “despicable.”

“It sounds like the same argument used against African-Americans, used against gays, used against whoever else… people who are willing to put their lives on the country, which by the way, is far more than President Trump has ever been willing to do,” Moulton said at the time.

“He got five deferments to avoid serving, himself.”

Moulton is facing a crowded Democratic primary field and is not polling well.

Candidates must, among other things, get over 1% support in at least three national or early state polls to qualify for the presidential debates. Twenty candidates have met the polling threshold, and Moulton is not among them.