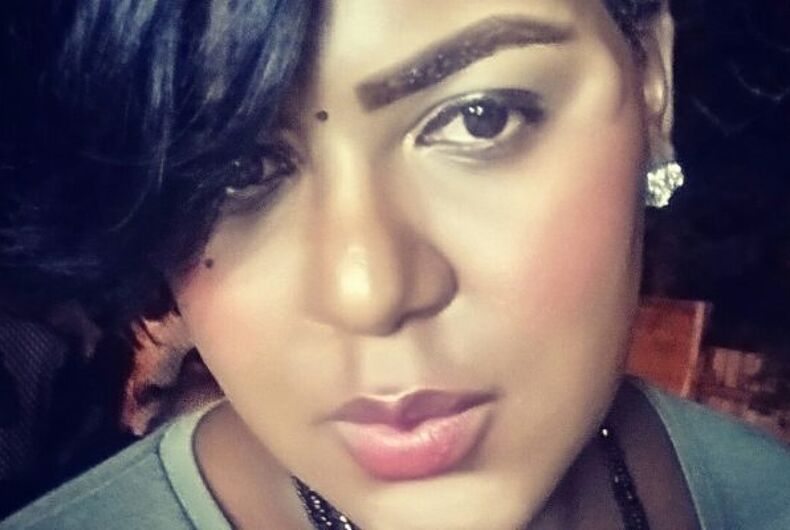 A transgender woman was found murdered in an apartment complex parking lot on Monday morning, the victim of multiple gunshot wounds.

TeeTee Dangerfield, 32, outside of her vehicle at the South Hampton Estates apartment complex on July 31 at about 4:30 a.m., according to the College Park Police Department, the Georgia Voice reports.

Dangerfield is the 16th transgender person murdered in 2017, most of whom, like Dangerfield, were trans women of color.

Last year was the deadliest on record for transgender people, with 27 trans people killed. This year is on pace to be just as deadly, if not more.

Major Lance Patterson told the Georgia Voice that there were no suspects at this time, and it is so far unclear whether or not the act of violence will qualify as a hate crime.

“Detectives are out there right now following up on leads that have been coming in since then,” he said.

“At this time we don’t have anything that’s telling us that [she was killed because she was trans], but we’re not ruling out any possible motive,” he added.

The murder comes just two days after an Atlanta rally showing support for the trans community after President Trump’s tweet saying transgender people would not be allowed to serve in the military.

On the positive side of the ledger, the Department of Justice successfully tried a trans murder on hate crime grounds for the first time, in the case of Joshua Vallum, who killed Mercedes Williamson, a 17-year-old with whom he had been romantically involved.

Below are the names of the other 15 transgender murder victims of 2017:

Was Trump responsible for the Fox conspiracy story about a gay DNC staffer’s death?