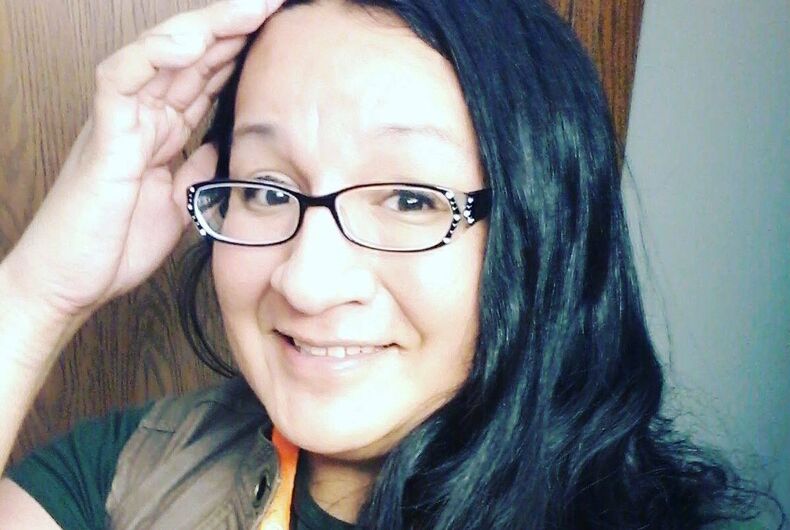 Transgender woman Jamie Wounded Arrow was remembered fondly by friends and community members after being found murdered in her apartment. Photo: Via Facebook

A transgender woman in South Dakota was found dead Friday night in her apartment in an apparent homicide, KSFY reports. Hers is the second reported murder of a transgender person in the United States in 2017.

According to Sioux Falls Two-Spirit and Allies, 28-year-old Jamie Lee Wounded Arrow was originally from the Pine Ridge Reservation in South Dakota and was a member of the Oglala Lakota tribe. Police are expected to release more information about the homicide investigation on Monday.

The group asked for prayers for Wounded Arrow’s family on Facebook Saturday and said they believe she was killed on New Year’s day.

“Tunkasila has called another one of our community members home,” the group wrote. “Our hearts are broken as we will miss her very much.”

Wounded Arrow was also remembered by friends and community members at Sious Falls’ Center for Equality.

“She is the type of person that when she talks people stop to listen,” Youth Outreach Director Reina Parker told the Argus Leader. “The impact she leaves on people after meeting her once is something nobody forgets.”

The Center released an official statement, noting that a record number of transgender people were reported murdered in 2016, most of whom were transgender women of color.

“This marks the second trans woman murdered in 2017, and it happened in our own back yard,” said Danielle Wilcox, President The Center for Equality. “While the investigation is ongoing, we see that gender and race often play a role in the escalation of violence toward transgender people.”

In South Dakota, the state’s attorney general is working to put an anti-transgender bathroom bill before voters in 2018.

The first reported transgender murder this year was of Mesha Caldwell, a Mississippi trans woman who was found shot to death on January 4.