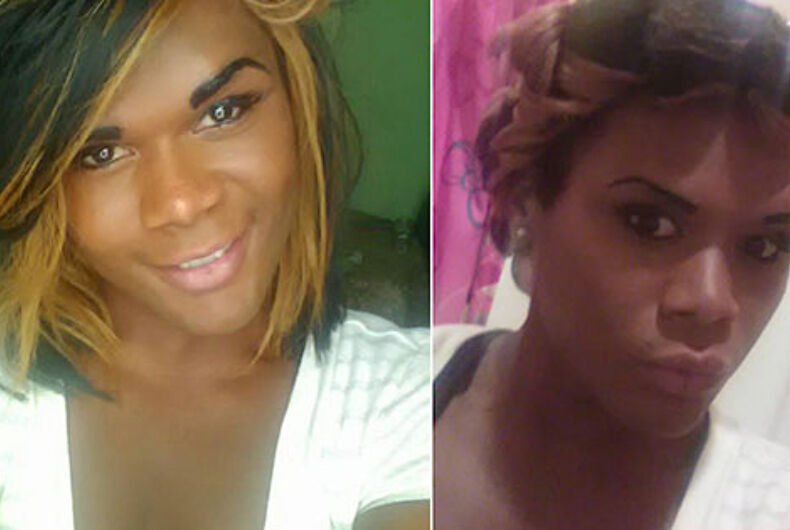 Police in New Orleans have a second transgender murder case to solve, the second in two days. Ciara McElveen was found on a street in the 7th Ward Monday morning, according to The Advocate, a local newspaper.

A witness told the paper a man stabbed McElveen, then pulled her from his car, slammed her head against the pavement, ran her over and left her for dead. She died at an area hospital. She was 21.

McElveen was the sixth transgender murder victim in the U.S. this year; the third in a week and the fifth trans woman of color killed thus far in 2017. Trans people of color, especially women, are disproportionately targeted for violence and murder, according to data culled by law enforcement and activists. In 2016, a tragic new record was set with 27 trans people murdered, almost all of them were people of color, and the vast majority black trans women.

As word of her killing reached the transgender community, there was frustration as police and news media misgendered McElveen, and activists worked to get her authentic name and gender corrected.

McElveen’s murder comes just two days after another trans woman, Chyna Gibson, aka Chyna Doll Dupree, was shot and killed in New Orleans East, according to the paper. No word yet from detectives on whether they will classify either killing as a hate crime, or if there is any connection between the unsolved cases.

Syria Sinclaire, a program coordinator at the Tulane Drop-In Wellness Center, told Mic that she and McElveen had worked together doing outreach to the homeless in New Orleans. Sinclaire said the murder of Dupree last week left her so distraught that she was afraid to leave her house.

“Trans women don’t want any special privileges,” Sinclaire told Mic. “We should have the right to live our lives open and free and not be taunted and traumatized by the general public if they don’t approve.”

As Autostraddle reported, the murders of trans women in 2017 is on pace to reach a new, all-time high of 36 this year. Here are the victims thus far with links to their stories: