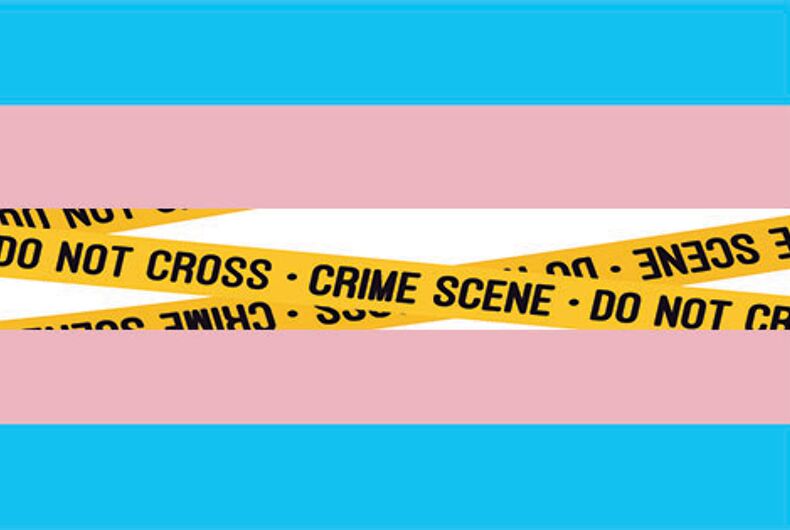 A team of reporters at the millennial-focused news site Mic have compiled “Unerased,” a sorely needed, comprehensive resource to convey the very real danger of being transgender in America. It’s being touted as an “unprecedented” database of trans-related homicides across the U.S., dating back to 2010.

A self-guided tour of the database yields more than names, numbers, their stories and statistics. The sad, significant and stark reality that emerges from the photographs is that the vast majority of these victims were trans women of color.

Working with the New York City Anti-Violence Project, transgender advocacy organizations, activists, academics and the loved ones and friends of victims, the Mic journalists gathered a wealth of demographic, multimedia and biographical information that the website has posted online for the world to see.

While intended to help academics, journalists and transgender activists, this tool could also become a powerful change engine for allies of the trans community to use in advocating for civil rights protections and a greater commitment from law enforcement.

But the “Unerased” database is just the beginning, according to Mic. In addition to making a commitment to continuously update and expand its collection of information, the editors tasked esteemed journalist and contributing editor Meredith Talusan with the job of investigating the epidemic that, to date, has claimed at least 111 transgender and gender-nonconforming Americans.

In addition to leading the team, Talusan’s task was to explore why the victims’ gender identities cost them their lives, learn who they were, and try to understand and explain why the problem is only growing worse each passing year.

“In reporting this story and speaking with family members of transgender homicide victims, we focused on bringing light to the systematic failures impacting trans people, especially trans women of color,” said Talusan in a statement emailed to LGBTQNation. “If everyone in the U.S. were murdered at the rate young black trans women and femmes are, there’s no doubt that the public would consider this a crisis of massive proportions.”

Consider the numbers: of those 111 victims over six years, Mic says it found 75% of them were black trans women and gender-nonconforming femmes, who don’t identify as male or female and present as feminine. Citing numbers from the NCAVP, Talusan wrote that “no group under the LGBTQ umbrella faces more violence than transgender people, who accounted for 67% of the hate-related homicides against queer people in 2015.”