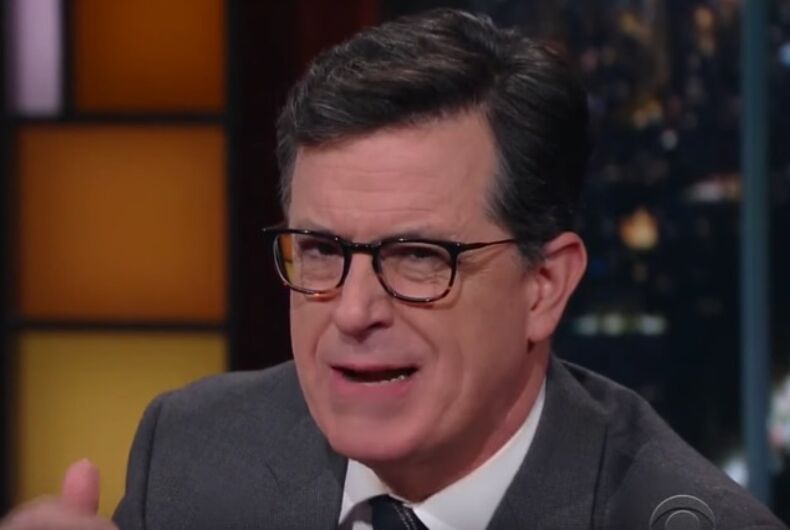 The epic monologue gives viewers a quick rundown of the Pizzagate conspiracy and acknowledges that he has now been dragged into the fake controversy calling the internet slueths “DaVinci chodes.”

“This is insane: I have no part in the pizzagate conspiracy — is what they want me to say,” Colbert said.

“Look around the country, wouldn’t you agree we need more adults?” Colbert says at the end. “So Wikileaks, Alex Jones, and these subreddit sub-geniuses, and I mean this in the nicest way possible: Grow the f*ck up.”