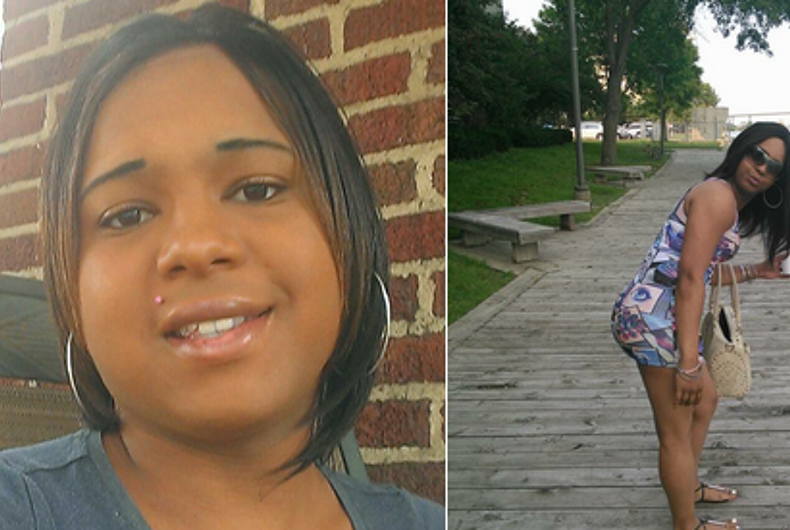 A transgender woman was found dead last Wednesday in a garage in Toledo.

WTOL reports that JoJo Striker, 23, died from a single gunshot wound to the chest. Police are looking for any information about this crime.

Shanda Striker, JoJo’s mother, said, “The police told us to leave it alone but that will never happen because I will always search for my son’s killer. This is a hate crime and it needs to stop.”

Blogger Monica Roberts says that it took a while to figure out that a transgender woman had been killed because of the local media “disrespecting” Striker.

“You probably guessed as to why I and other media is just now finding out about our lost trans sister because once again, local media are misgendering her,” Roberts wrote on TransGriot.

Local media has been reporting about Striker’s criminal record. Toledo transgender activist Phaylen Fairchild told Mic, “To use that in order to dehumanize her and her passing was unacceptable to me.”

Equality Toledo posted on Facebook that they’re offering training to local media on reporting on LGBT issues. “As a way to honor her life, this is a direct invitation to all media sources in the Toledo area to a workshop on how to appropriately report on the lives of the LGBT community, particularly our transgender siblings.”

Fairchild said, “We recognize this could be any of us. This is the struggle with a lot of transgender women. They’re looking for a place for acceptance and looking for peace of mind.”