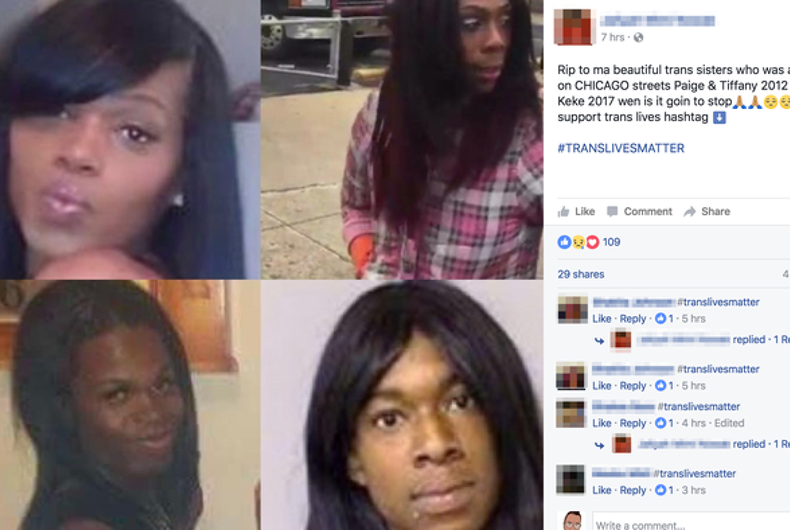 A memorial to Keke Collier was posted on Facebook.Photo: Mic/Facebook

Keke Collier, who was originally misgendered by police and local media, was found with gunshot wounds in her chest, arm, and hand, police said. She was taken to a hospital and later died.

Police said the suspect had dreadlocks and a black hoodie and fled in a red car. Police do not know anything else about the circumstances of the shooting.

Shasha Lauren, one of Collier’s friends and a peer navigator at Chicago House, told Mic that she had spoken with witnesses who said that Collier got in a car with the man who later shot her.

Another friend of Collier’s, Jaliyah Armstrong, posted video to Facebook from a vigil late Wednesday night.