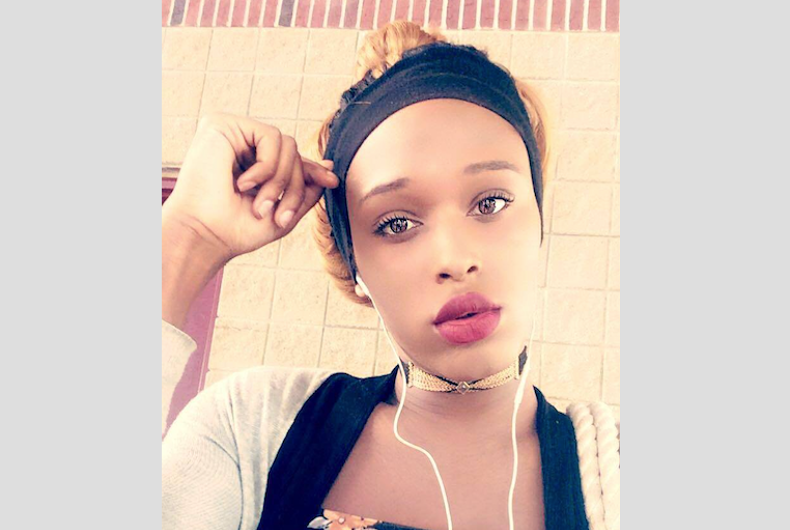 Another black transgender woman has been killed.

According to TransGriot, 17-year-old Ava Le’Ray Barrin was shot to death Sunday morning in the parking lot of the Atlanta apartment complex where she lived.

Police have arrested a suspect in the murder, 21-year-old Jalen Breon Brown, who claimed the killing was self-defense. But police said they aren’t buying it, the Athens Banner-Herald reports in an article that misgenders the victim.

“It was just an argument that escalated,” Athens-Clarke County Police spokesperson Epifanio Rodriguez said Monday afternoon. “We don’t want to go into it any further because detectives are still speaking to witnesses.”

Police said the killer and the victim knew each other, but wouldn’t elaborate.

A candlelight memorial was held for Barrin Monday night in the apartment complex where she had lived.

Below are the names of the other 13 transgender murder victims of 2017:

Will the Supreme Court allow businesses to discriminate against LGBT people?