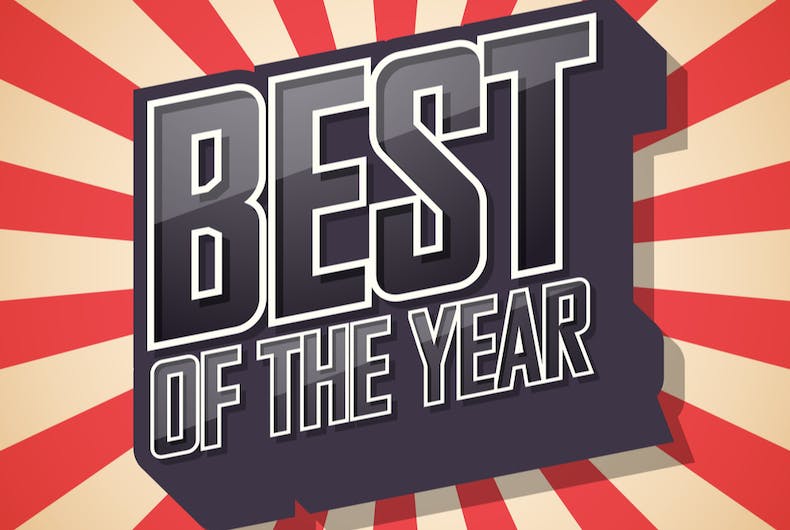 As we start 2018 today, let’s take one last look back at 2017 and the articles you cared about most.

These are the 20 most trafficked stories we ran in 2017. We look forward to bringing you more news and commentary in 2018.

LGBTQ rights is about to take a huge leap backwards.

2. ‘Christian’ family leaves lesbian server a nasty note instead of a tip

3. ‘Family values’ legislator quits after being caught having sex with a man in his office

The conservative Ohio state lawmaker was known for his anti-LGBTQ stances.

4. James Corden’s tribute to transgender people will leave you in tears

This may be the most amazing late night performance ever aired.

Trump will share the stage with speakers who’ve said LGBT people are “wicked” and should be put to death.

6. This candid nine second video will make your heart break for Melania Trump

Perhaps the only person who looked more miserable at last week’s poorly-attended inaugural festivities (other than Donald Trump himself) was his wife.

7. Trump will honor pride month today by speaking at an anti-LGBT conference

And, of course, Mike Pence will be right by his side.

8. Mother brutally stabs her teenage son to death because he was gay

She hired several local boys to beat the teen, then plunged a knife into his chest herself. His stepfather helped to hide the body.

9. Log Cabin Republicans release brilliant Roy Moore ad that you have to see to believe

The tutu protest came in response to Sen. Mike Enzi’s comment that men who wear tutus into bars are asking to be assaulted.

Love him or hate him, he won it fair and square.

Randy Rainbow mocks Donald Trump, Kellyanne Conway, and Sean Spicer in memory of the victims of Bowling Green in this hilarious parody of “Fiddler on the Roof.”

Trump doesn’t have to repeal Obama’s pro-LGBT executive order if this order effectively nullifies it as a leaked draft shows.

Court records show that since 2014, Dr. Joey Hensley has been having an affair with a married woman who is a nurse in his practice, as well as his patient and his second cousin.

His skull was cracked, three ribs were broken, his groin and lungs were embedded with BB pellets, and his stomach was full of cat litter that he’d been force fed.

16. Caitlyn Jenner blames Ellen for her unpopularity in the LGBTQ community

17. Lesbian family viciously slaughtered in their own home at Christmas

Both women and their two children were bound and then the killer slashed their throats.

Conversion therapy not only doesn’t work, it can cause great psychological harm.

Advocates worry that the decision to no longer defend the Obama Administration memo extending Title IX protections to transgender students, bad enough on its own, is a sign of things to come.

20. Trans man forced to show grocery store cashier his genitals before he could leave

He felt “humiliated, intimidated, and abused” by how store security treated him when he hadn’t done anything wrong.

Honorable mention: The 2013 article “Chairman of Barilla pasta: ‘Gays can go eat another brand’” was our number one most read article of the year. The years-old article repeatedly went viral over the past twelve months, pushing it into the list of the site’s top posts of all time.

Dept. of Silver Linings 2017: Milo Yiannopoulos goes down in flames