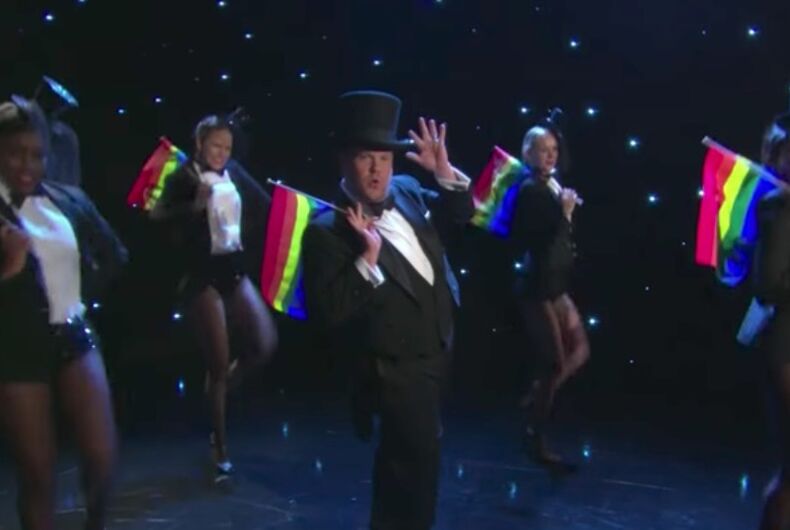 James Corden took a few minutes during last night’s Late Late Show to address Donald Trump’s unilateral decision to ban transgender people from the military. The showstopping performance may be the most amazing thing ever aired on late night television.

The musical number will leave you in tears at the sheer amount of L.O.V.E. sent to our brothers and sisters in the fight for justice.

Fired up: Even Jimmy Fallon got political after Trump’s transgender military ban