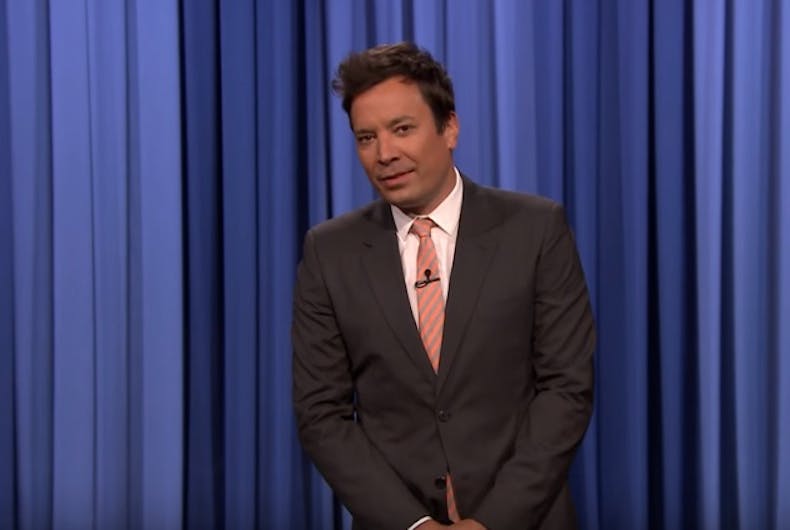 Jimmy Fallon has repeatedly shied away from politics on the Tonight Show, saying he would rather follow in Johnny Carson’s footsteps to provide viewers a respite from the constant drumbeat of negative news. Tons of stories have been done on how his ratings have dropped compared to Stephen Colbert’s regular political jabs at the Cheeto-in-Chief on the Late Show.

But Trump’s unilateral to ban trans troops from serving our country even has Fallon speaking out in support of transgender people. Comedian Patti Harrison, who is transgender, joined Fallon last night as a special correspondent to take jabs at Trump.

Something tells me we’ll be seeing more of Harrison. Or at least, we should.