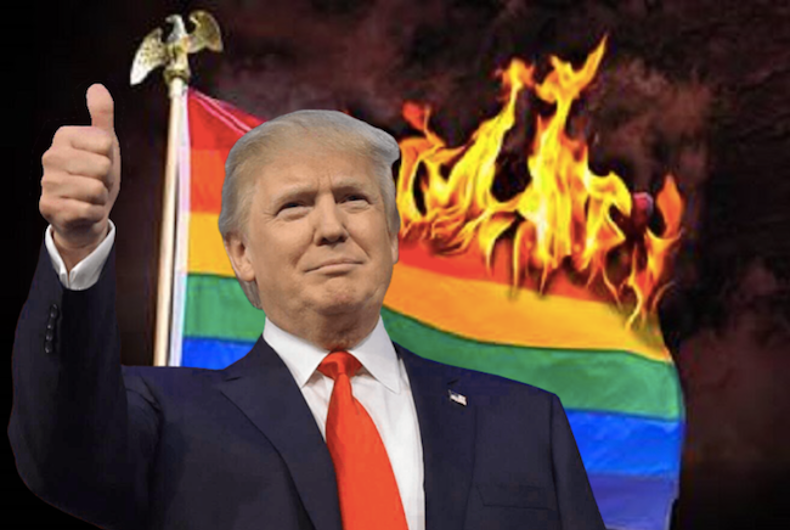 Trump’s rash decision to disallow transgender people from serving in the military is the result of funding for his Mexican border wall being threatened.

A Politico report suggests House Republicans planned to pass a spending bill that included the cash necessary to build 74 miles of his proposed and much-ballyhooed wall, but an internal disagreement over trans troops put the future of that bill on shaky ground.

According to insiders, members of the House GOP were afraid they wouldn’t get enough votes because, as Politico reports, “defense hawks wanted a ban on Pentagon-funded sex reassignment operations — something GOP leaders wouldn’t give them.”

Related: James Corden’s tribute to transgender people will leave you in tears

So they turned to Trump, who instantly fired out a tweet announcing the ban; a last ditch effort to save the House proposal, which was packed with campaign promises and teetering towards defeat.

The news comes from several congressional and White House sources.

Quipped one aide: “This is like someone told the White House to light a candle on the table and the WH set the whole table on fire.”

Fired up: Even Jimmy Fallon got political after Trump’s transgender military ban