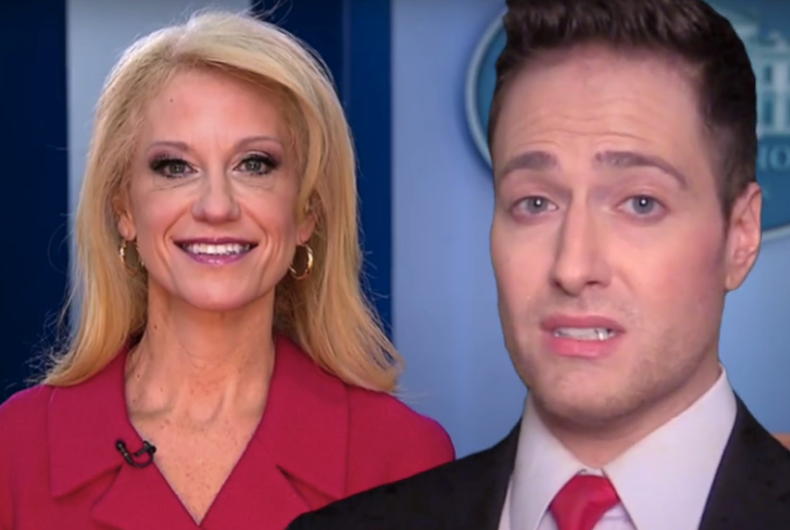 Randy Rainbow “interviewed” Kellyanne Conartist’s, er, Kellyanne Conway and set her alternative facts to the tune of “Matchmaker, Matchmaker” from Fiddler on the Roof.

Conway has been called out for saying that the media just hasn’t covered the “Bowling Green Massacre,” which she told MSNBC was perpetrated by two Iraqi refugees and led then-President Obama to halt the entry of refugees from Iraq for six months. Those events never occurred.