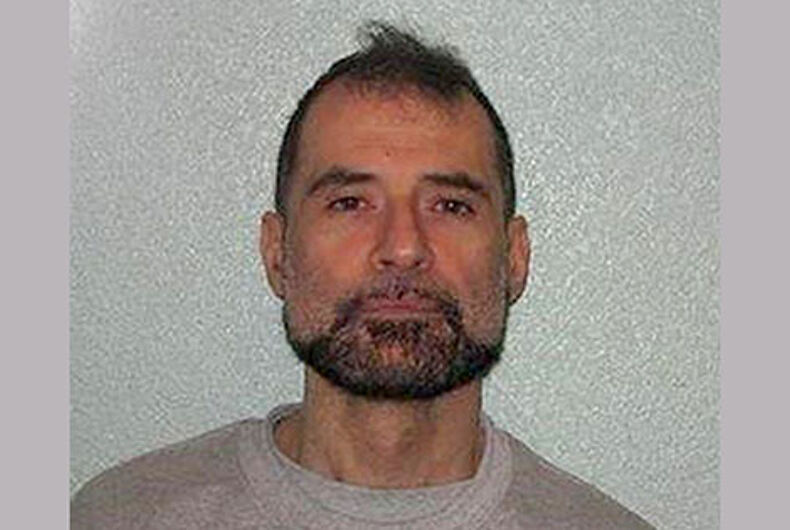 This undated handout photo issued by the Metropolitan Police shows Stefano Brizzi, 50. A judge in London gave the crystal meth addict a life term in prison on Monday, Dec. 12, 2016 for killing a police officer during a bondage sex session and then attempting to cook and eat his body parts. Photo: Metropolitan Police via AP

LONDON (AP) — Britain’s Prison Service says that an Italian man who was convicted of murdering a policeman and dissolving his body in acid has died in prison.

Stefano Brizzi was sentenced in December to a minimum of 24 years for strangling policeman Gordon Semple, whom he had met on gay dating app Grindr.

Brizzi, a crystal meth addict who was obsessed with TV series “Breaking Bad,” dismembered Semple’s body before attempting to dissolve it in an acid bath.

The Prison Service said in a statement Monday that Brizzi had died in custody at London’s Belmarsh Prison a day earlier. It didn’t give a cause of death and said an investigation would be held.

Brizzi, who was a former IT developer at Morgan Stanley, had claimed Semple died accidentally during sadomasochistic sex.