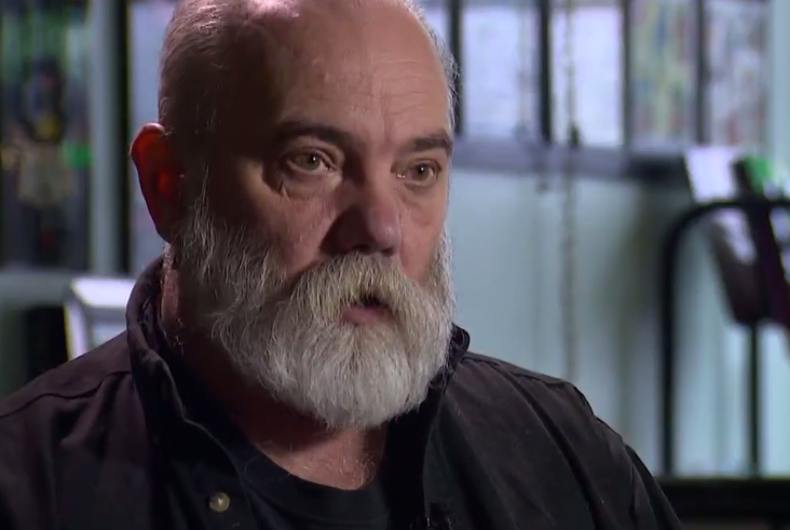 The owner of a Seattle tattoo parlor is speaking out after being the victim of an anti-gay hate crime.

“I saw there was a note on my best friend’s car. So I walked up and I pulled it out from under there and I read it. I came in, and I was quite upset. This is the start of something really ugly. It broke my heart, it truly broke my heart,” John told KING5. 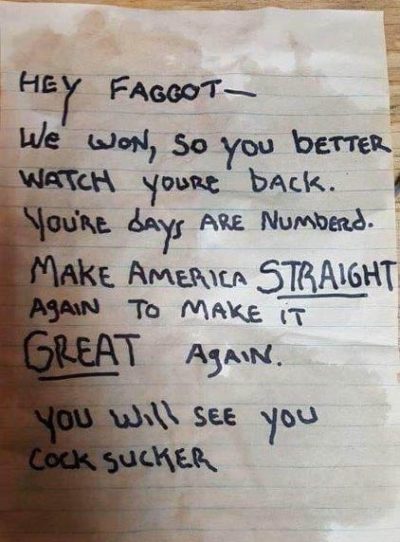 We won, so you better watch youre back. You’re days are numberd [sic]. Make America STRAIGHT Again to make it GREAT Again.

You will see you cocksucker

Amundsen, who’s been out since high school, said, “I’ve never experienced something so threatening.”