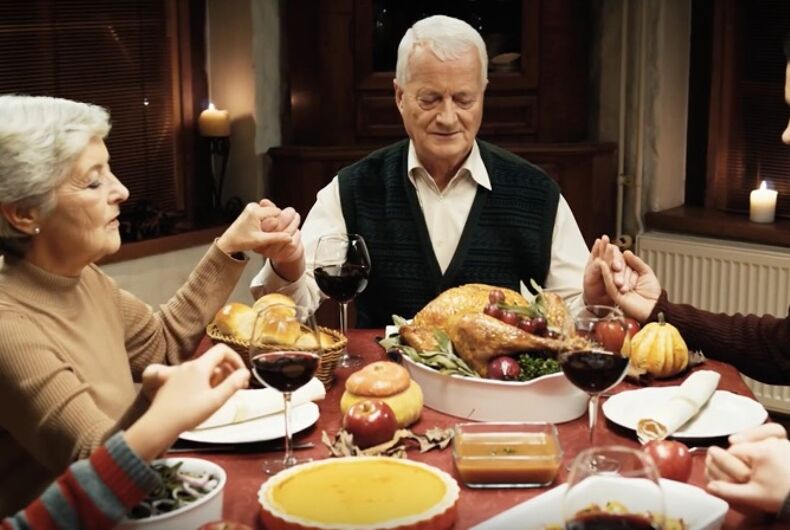 The Log Cabin Republicans are out with a clever new ad that is calling on Christians to act on their morals.

Alabama Senate candidate Roy Moore has been accused by a number of women of sexual misconduct and assault, including some who say they were as young as 14 and 15 when the incidents occurred.

It opens like every far right Christian conservative campaign commercial you’ve ever seen, with a country chapel, awash in blue tint, and a voice over warning of “a war on Christianity happening right in our midst.”

And then comes the twist.

A recent poll found that 40 percent of Evangelicals were more likely to support Moore despite the allegations against him.

“Roy Moore has spent his entire career using his bigoted brand of Christianity as a weapon to relentlessly attack members of the LGBT community, all the while allegedly preying upon the most vulnerable in our society,” Log Cabin Republicans President Gregory T. Angelo said in a statement released alongside the video.

“Moore’s myopic faith prevents him from seeing that a significant number of LGBT individuals are devout Christians themselves, including many members of Log Cabin Republicans. Regardless of one’s sexual orientation or gender identity, it’s time for good Christians to do what good Christians do: REJECT Roy Moore.”

Alabamans will decide between Moore and Democrat Doug Jones on Dec. 12.

Remember when World AIDS Day used to be important?