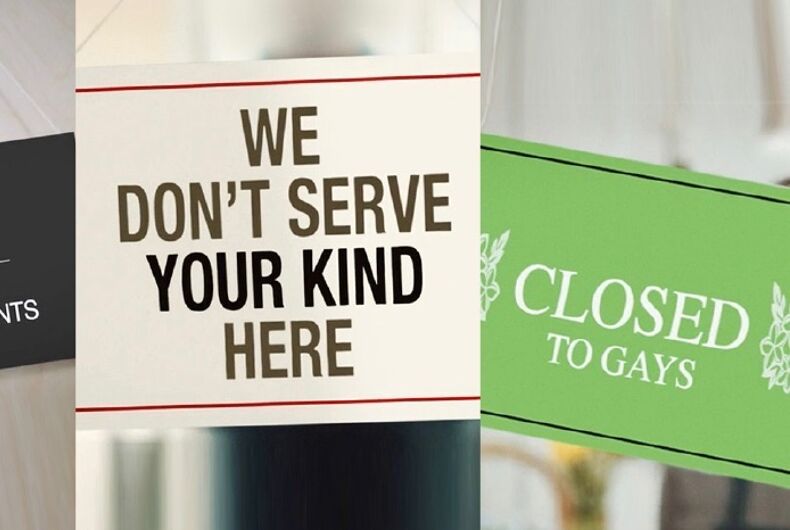 There’s a case headed to the Supreme Court, right now, that could gut our nation’s nondiscrimination laws. Of course, it doesn’t really look dangerous. So people aren’t getting outraged. They’re not getting fired up. And that’s exactly what the far right is counting on.

The case is Masterpiece Cakeshop vs. the Colorado Civil Rights Commission, and frankly most people think it’s a bit of a snooze—until they understand it better. On the surface, it’s about a bakery that doesn’t want to sell a wedding cake to a gay couple. But what it really comes down to is this: If the bakery wins, a whole lot of different kinds of businesses could gain a constitutional right to discriminate against a whole lot of different kinds of people.

How? First, the bakery claims that since their business involves creativity, being required to sell the cake violates their right to freedom of religion and free speech. The bakery’s claims are constitutional ones, so if they win, they will gain a constitutional right to discriminate that can’t be undone with a legislative fix.

But if having a creative element in a business means it can discriminate, what about restaurants, hair salons, school counselors, doctors, heck, even Uber drivers? So now people will have to live in fear of discrimination and humiliation, across a whole range of circumstances, and we won’t be able to pass laws to stop it.

A win for the bakery could also allow for discrimination against not just LGBT people but also people of color, religious minorities, women, and more. Does that sound unlikely?

We’re living in a country considering a wall, a Muslim ban, where the Supreme Court gutted part of the Voting Rights Act, where white supremacists kill protestors and the protestors are blamed. If a bakery can refuse a gay couple, why can’t a florist refuse to serve an interracial couple celebrating a wedding anniversary? Why can’t a hairdresser refuse a haircut for a girl’s bat mitzvah?

And no, if the bakery loses, Jewish bakeries won’t be required to make swastika cakes. Businesses can decide what to sell (wedding cakes but not swastika cakes) but once they sell wedding cakes, they can’t refuse certain kinds of customers in violation of nondiscrimination laws.

As a movement, we need people to understand what’s happening, to express their outrage, to take action. Because if it seems like we don’t care, then we have a problem. Oral arguments are December 5th, so please, visit www.OpentoAll.com, learn about the case, sign the petition, and share the #OpentoAll ads on social media. Our opponents are counting on us to see the sugar coating, and not what lies underneath. Let’s not let that happen.

Ineke Mushovic is the executive Director of the Movement Advancement Project.